The glut of paranormal investigation shows on networks like The Travel Channel make ripe pickings for filmmakers who want to tell stories about ghost hunting gone wrong. Combine that with the rise in popularity of folklore-based tales of the paranormal à la Scary Stories To Tell In the Dark and you have a terrifying banquet of treats from which to harvest. Investigation 13, the new horror film from writers Clay Smith and Rolando Vinas, and writer/director Krisstian de Lara, attempts to do exactly that.

A group of university students hopes to convince their school to create a new parapsychology program. Following 12 failed investigations, they regroup in an effort to scientifically prove the existence of a folkloric creature known as The Mole Man. The urban legend surrounding the Mole Man indicates that he was once Leonard Craven (Peter Aratari), a psychiatric patient in Black Grove Asylum. In its heyday, patients at the Asylum were horribly mistreated. Now that it is shut down, Craven is rumored to live on within the dilapidated old walls as The Mole Man.

For their research, the students enlist the aid of Layla Parrish (Meg Foster). She is the current owner of the derelict psychiatric hopsital in which the alleged Mole Man lingers. She also worked there. Parrish agrees to allow the investigators to spend the night locked in the old building. Things begin to fall apart as lower ranking members of the group suspect its leader Jerod (Patrick Flanagan) of planting evidence in order to finally succeed in scientifically proving the existence of the paranormal. Soon afterward, they discover that their peril is real.

When Investigation 13 opened, I at first thought I was being subjected to yet another Blair Witch found footage-style film about documentarians who get more than they bargained for. Instead, this movie uses a traditional narrative technique that just happens to involve a few scenes of first-person camera work. As a device, it works well and feels much less contrived than it would had the filmmakers opted to go with the found footage technique. The setting is suitably creepy, the practical effects are well done, and the story is believable even if it doesn’t necessarily break new horror ground. Another plus is that unlike many independent films that hire a known name in horror, de Lara, Vinas, and Smith actually make use of Foster’s character as a plot element. She’s not there to simply be a familiar face in a turnkey cameo. 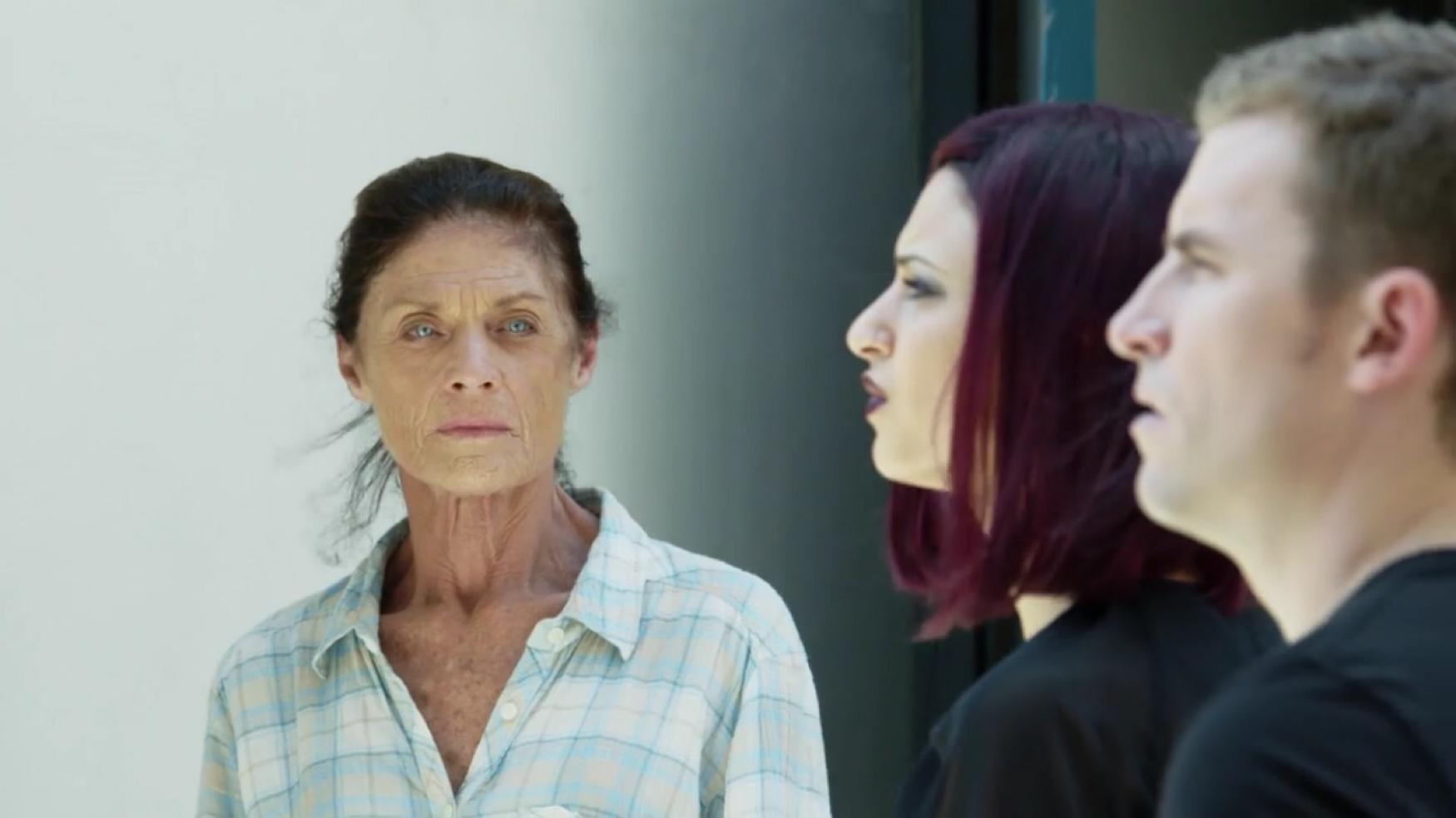 Like many horror films–indie or not–that involve an ensemble of protagonists, where Investigation 13 most needs work is the chemistry between the leads. The Jared character is obviously supposed to be the Ghost Adventures‘ Zak Bagans of the group. In more than one scene, the other characters discuss his overzealous desire for the investigation to succeed and how they fear he’ll plant evidence to ensure that it happens. This conflict is intended to create some intense arguments between Jared and the other members of the group. Those arguments are also supposed to intensify after one member of the group, Terry (William Alexander), mysteriously disappears. Unfortunately, the scenes in which Jared, Nate (Giordan Diaz), and Melanie(Stephanie Hernandez) debate Terry’s whereabouts and Jared’s zeal do not come across as particularly intense. Much more believable reactions occur in the scenes in which the group encounters the actual horror of the Mole Man than when they talk among themselves. There is not enough chemistry to make believable that the group has conducted 12 previous investigations in each other’s company. In addition, the filmmakers rely a bit too much on dialogue between Melanie and Nate to explain Jared’s personality. That particular aspect of his character might have been more believable if we had seen Jared react violently to a particular failed aspect of a previous investigation.

One intriguing component of the movie is the use of color storyboard-style illustrations and voice-over work peppered here and there to fill in the Mole Man’s backstory. These scenes are wonderfully executed. However, there doesn’t seem to be any connection between what’s happening to the paranormal investigation team and the timing or placement of the backstory scenes. Nor is there any device in the live action scenes that creates a reason for the backstory to be in a storyboard format. I had hoped that we might find out that Craven was heavily into comic books as a kid, or that he wanted to be a graphic artist before everything in his life went haywire. Leading into those backstory scenes by first showing the live action Craven’s hand or face in the corner of a frame might cause the viewer to connect the illustration scenes as visual constructs of Craven’s own distorted memories. Alas, there was no such device, leaving the viewer to wonder whether the production simply ran out of time or budget to do live-action backstory sequences.

The above is not to say that the film as a whole doesn’t work. It does. I was invested enough in the characters and the conflict to want to see it through to the end of its nearly 90-minute run. Overall, Investigation 13 is an enjoyable jumping off point for what the filmmakers say will become a series of spin-off films about the Mole Man. Now that the groundwork has been laid, it will be interesting to see what crawls out of it.