Nia DaCosta Brings Us Candyman in 2020 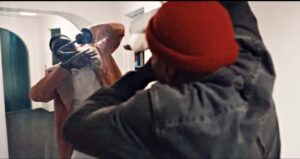 A desperate artist discovers the story of Candyman, which he initially uses as inspiration for his paintings; unfortunately, he begins to lose his sanity and unleashes a wave of violence, leading him to face his destiny.
It is finally here–the trailer for the sequel/reboot to the 1992 Candyman starring  Tony Todd! I was thinking that this was a remake at first, then found out otherwise. Like Halloween (2018), this Candyman movie is a sequel and ignores Candyman Farewell to the Flesh & Candyman Day of the Dead.

I’m Truly Excited for This!! 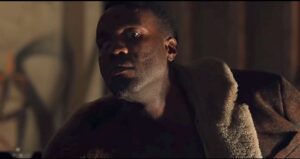 As in my poster reaction, y’all know that the 1992 Candyman was part of my childhood because it scared the hell out of my little sister and still gets her to this day. So, you know that I’m looking forward to this very much, and I hope Nia DaCosta and Jordan Peele will pull this off. In the trailer, we see five teenage girls standing in front of a mirror in the school bathroom saying the infamous “Candyman” five times. They all walk away like nothing happened until all hell breaks loose. 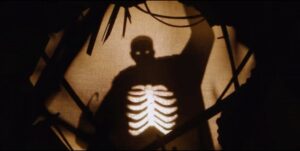 We get flashes of Candyman throughout the trailer.
The victims can’t see him, but you can see his shadow and you can see him in the mirror. One part that made me nervous is that Anthony McCoy (The New Candyman) gets stung by a bee,  and I immediately thought that, like Spiderman, the fucking bee will turn Anthony into Candyman. I hope this is not the case at all.

Tony Todd Will Make an Appearance! 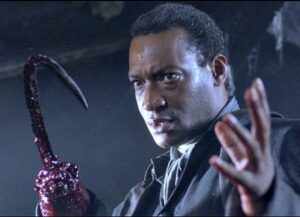 Yahya Abdul-Mateen ll has some big shoes to fill, as Tony Todd plays the iconic character so well. I hope that Yahya does this justice. As the IMDb credits show, Tony Todd will make a cameo, but it doesn’t look like he’ll return as Candyman. I also saw in a video that Virginia Madsen (Helen) will make a cameo as well. So, we should see some familiar faces in this Jordan Peele written/produced sequel/reboot. Are y’all excited about this? Let me know what y’all think!
Watch the trailer below: