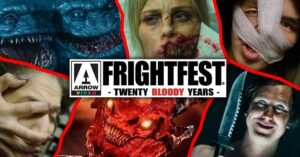 Apparently this is enough to get you banned on Twitter.

Oh arbiter of what is good and wholesome, protect us from naughty words and spooky pictures.

Let me get this out of the way real quick. Fuck Twitter and fuck Jack Whatshiscunt. Not only is Twitter a fucking cesspool made up of conservative snowflakes and the runoff of Tumblr’s worst SJW cuntworms it’s also obviously part of the over-arching divide and conquer plot. It’s hard to find a place that is full of more divisiveness and hatred. I don’t fuck with Twitter. It’s a disease.

Everyone has this unfounded belief that Twitter is a freer platform. The only way that this is true is the fact that you can post fully nude pics and videos on Twitter. Sometimes. In reality, as far as free speech goes, Twitter is just as bad as any other platform.

If you espouse views that the head cancerous cuck himself doesn’t subscribe to, you get banned. Sometimes the Head Fuckboy will just take away someone’s blue checkmark. It doesn’t matter if your beliefs fall on the left or right, if they don’t match up with Jack the Wondercunt’s views, you’re fucked. Again. This happens to people on the left and right.

At the same time, those who have more money and clout behind them get a more lenient treatment. Indie filmmakers as well as indie content creators, on the other hand, will get the shaft. Creators and commentators have long felt the fickle wrath of the censorship of Twitter. Folks like Milo Yanowhateverthefuck, TJ Kirk, and Alex Jones have all been fucked off by Jack and his fascist goon squad of moderators. Before you start rolling your eyes at the mention of Milo or Alex Jones, fuck you. Free speech is free speech even if you don’t like it. 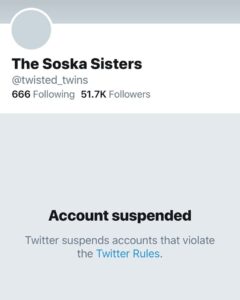 Now we come to the issue of the Soska Sisters where this bias against independent creators is showcased. By now everyone knows the story. The filmmakers’ Twitter account was suspended when they placed an image containing a still from their upcoming remake of Rabid as their profile cover. This image is also the Fright Fest cover image. The same still was on the cover of the latest Fangoria. None of these larger creators with money and clout behind them were fucked with by Twitter. The Twisted Twins, on the other hand, are still suspended at the time of this writing. If you want to hear more of my thoughts on this particular incident, check out this recent episode of The Horror Basement.

The fact of the matter is that social media platforms are private companies. We are at their whim. If Mark Fuckerburg or Jack Whatshiscunt want to act like dictators, they can do that. They own the platform. If they think that everyone needs to be protected from naughty words and spooky pictures, that’s their prerogative. That doesn’t change the fact that their policies are regressive. It doesn’t make censorship okay. It just makes it harder to fight.

What the heads of these massive social networks are doing is akin to censorship in earlier generations. The video nasties in the UK, Tipper Gore and her war on music, the Satanic Panic, and every book burning campaign to ever take place are all examples of what this regressive ideology looks like.

I guess we could all get pissed off (and we should) and deactivate our Twitter accounts (that too). Not sure how well that would work. You could retweet this article or ones that discuss the issue more eloquently. Hell you could just tweet at Jack that he should go fuck himself. At this point, whatever you do will make the same amount of change: none.

In the end, we can’t fight these monsters we’ve helped create. We can only support those who the monsters rail against. We can support indie creators. Support independent artists, filmmakers, content creators, and musicians. Support those who make art that enriches your lives.