Netflix is marketing the show as an interactive Halloween movie that will launch on the platform on Oct. 5, 2021.

When I was very young, I watched Hulk Hogan and Rowdy Roddy Piper regularly go at each other. The Hulkster was the “good guy.” Rowdy Roddy was the “bad guy.” At least in those years. Shortly after I obtained my motorcycle license as a teen, I stopped regularly watching. My interest never rekindled.

However, had I remained a viewer of professional wrestling into the 1990s, I would have no doubt been a massive fan of The Undertaker, also known as Mark William Calaway. Initially looking like a hulked-up and punked-out illustration of Stephen King’s fantasy gunslinger Roland Deschain, The Undertaker brought a new darkly theatrical flair to the ring. He was a pain-impervious Old West mortician who gained his powers from a magic urn. He was the stuff of Saturday morning cartoons combined with quietly creepy badassery. It was just the sort of gimmick for which I would have fallen.

Later, Calaway reinvented the character as more of a biker persona. But he soon returned to his more macabre origins. The creepy legacy of the mortician, plus popularity with fans, no doubt resulted in the new Netflix movie. The Undertaker stars as himself. He has trapped the members of professional tag-team wrestlers The New Day in his mansion. Unfortunately for them, the mansion is haunted to supernatural extremes. The movie is labeled “interactive” because viewers get to decide what the fate of The New Day will be. Will Big E., Kofi Kingston, and Xavier Woods survive? It’s up to you.

Escape The Undertaker is not the first interactive show the company has produced. However, if you have never experienced a Netflix interactive production, you can find information about them on the company’s site. 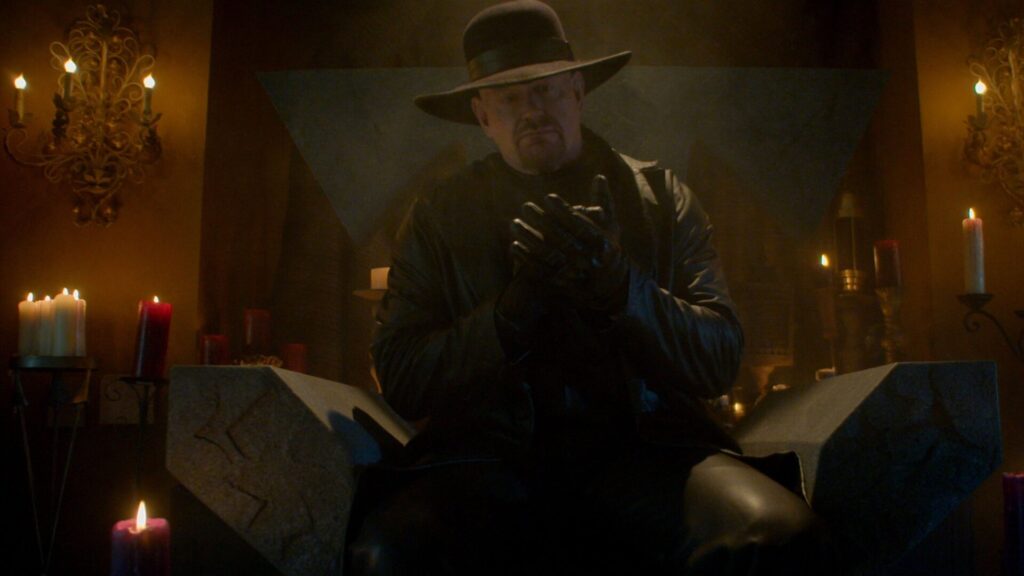