There comes a point of silliness in every great horror movie franchise. Inevitably, the antagonist transitions from a scary villain into a cuddly pop culture icon. One day you find the monster who haunted your dreams pimping breakfast cereal. Or maybe selling action figures. Michael, Jason, Freddy: they all became their own parodies. Although they’re not the only icons to suffer such indignity. It happened to the Universal monsters before them. It will happen to whatever the next generation brings.

Moviemakers often try to reclaim the horror of wayward icons. Dracula has been reinvented dozens of times since Nosferatu was released in 1922. Halloween‘s Michael Myers rebooted between Halloween: The Curse of Michael Myers and Halloween: H20. Then Rob Zombie started over. He was retconned again in 2018 with a new direct sequel to John Carpenter’s 1978 film. Friday the 13th‘s Jason and A Nightmare on Elm Street‘s Freddy have also suffered back-to-basics remakes in vain claims of resurrecting the scary.

So any horror fan can be forgiven for having a healthy dose of skepticism after Womp Stomp Films, the production company behind the well-received Friday the 13th franchise fan film Never Hike Alone, announced a prequel. On Oct. 13, 2020, Womp Stomp Films premiered that prequel free on the company’s YouTube channel. 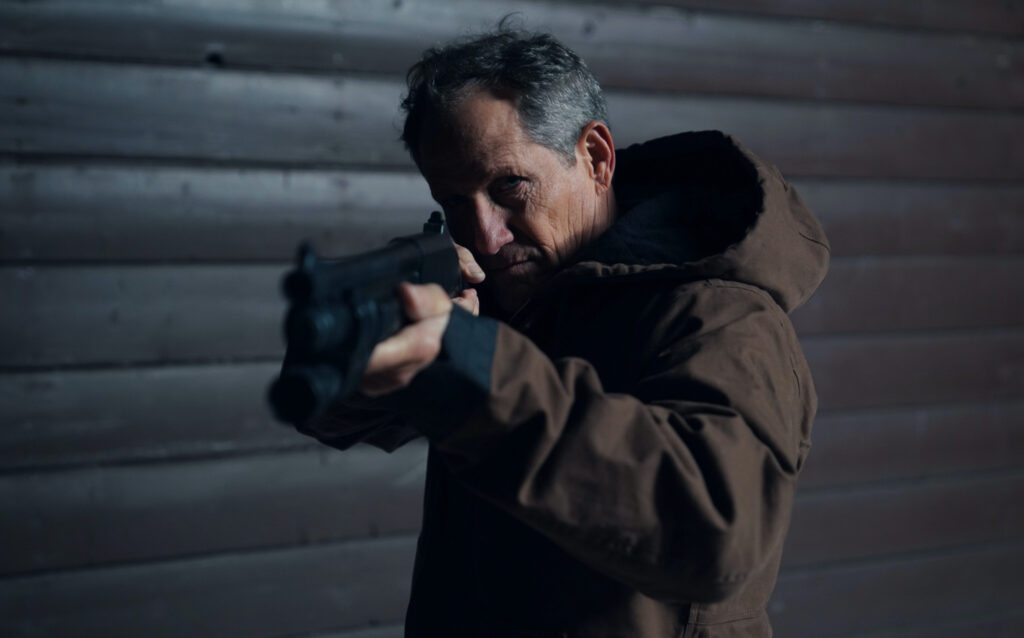 Tommy (Thom Mathews) takes matters into his own hands in ‘Never Hike In The Snow.’

Never Hike In The Snow is a 30-minute slasher faithful to the early Friday the 13th films in character, setting, and mythology. It delivers on both the scares and the gore. Diana Hill (Anna Campbell), a single mother, and her son Mark (Courtlan Gordon) move into a new house near Camp Crystal Lake. When Mark goes for a hike in the dead of winter and does not return, it is up to Sheriff Rick Cologne (Vincent Guastaferro) and Deputy Alan Mabry (Bryan Forrest) to piece together the mystery. Meanwhile, a familiar town resident named Tommy Jarvis (Thom Mathews) believes he already has the answers. He has taken it upon himself to rid Camp Crystal Lake of its curse once and for all.

Written and directed by Vincente DiSanti, who also plays the masked killer incarnation of Jason Vorhees, Never Hike In The Snow is an expertly crafted tribute to a beloved franchise currently stuck in legal limbo. DiSanti’s Jason is as brutal and predatory as any incarnation seen in the official franchise films. The other actors shine brilliantly in their respective roles as well.

Guastaferro’s obvious fear and willingness to hide the truth of Camp Crystal Lake will make you want to punch him. The uninformed deputy and Hill family was a fantastic divergence from the tired cliches of the original franchise. The official movies relied on teen-to-teen exposition to explain the Jason myth before they arrive at the camp. Never Hike In The Snow keeps new-to-town characters perfectly in the dark about the location and its monster.

It’s important to reiterate that both Never Hike In The Snow and Never Hike Alone are Friday the 13th fan films, not official entries in the Friday the 13th or subsequent Jason movie franchises. The short includes a disclaimer to this effect at the beginning of the film and the end credits. Never Hike In The Snow received financing through crowdfunding. The producers pledge in the disclaimer that they will receive no profit from it.