Homecomings can be hell. You might be the abused son who must finally confront his father’s declining mental state. Or you might be the father himself who made all the mistakes and now wants to atone. Either way, treading old ground that you’ve struggled your entire life to leave in the past can wreak havoc on your mental state. If your estranged father happens to be a paranoid man obsessed with the occult, suffering from dementia, and owner of all kinds of modern panic-inspired technology, the consequences of coming home can be fatal. Such is the scenario in director Anthony J. Rickert-Epstein’s 2014 film Compound Fracture, which becomes available for viewing on-demand on Aug. 11, 2020.

Co-written by and starring Tyler Mane (Halloween 2007), Compound Fracture explores the common horror themes of homecomings and hauntings against the backdrop of a literal paranoid conspiracy theorist’s wired-for-surveillance and warded-against-evil compound. Mane plays protagonist Michael Wolffsen, who has returned to his father Gary’s (Muse Watson) house at the behest of his stepmother Annabelle (Leslie Easterbrook). Annabelle has had enough. Although she is still in love with Gary, she is planning to leave him and requires Michael’s help to do so. When Michael arrives with his fiancee Juliette (Renae Geerlings, who co-wrote the screenplay with Mane) and nephew Brandon (Alex Saxon) in tow, he discovers that his father’s descent into paranoia has progressed beyond anything he remembers experiencing as a child.

As the story unfolds, we learn that Michael and Brandon are dealing with their own demons in addition to Gary’s. Brandon’s mother, Chloe (Susan Angelo), who is also Michael’s sister, married badly. She was murdered by Brandon’s father William after she and Brandon fled to Michael’s house for safety. William, played by the 2009 remake of Friday the 13th’s Jason Vorhees Derek Mears, invades Michael’s home to confront Chloe. He stabs her to death and then is himself shot to death by Michael after Michael plucks a handgun out of Brandon’s trembling hands. 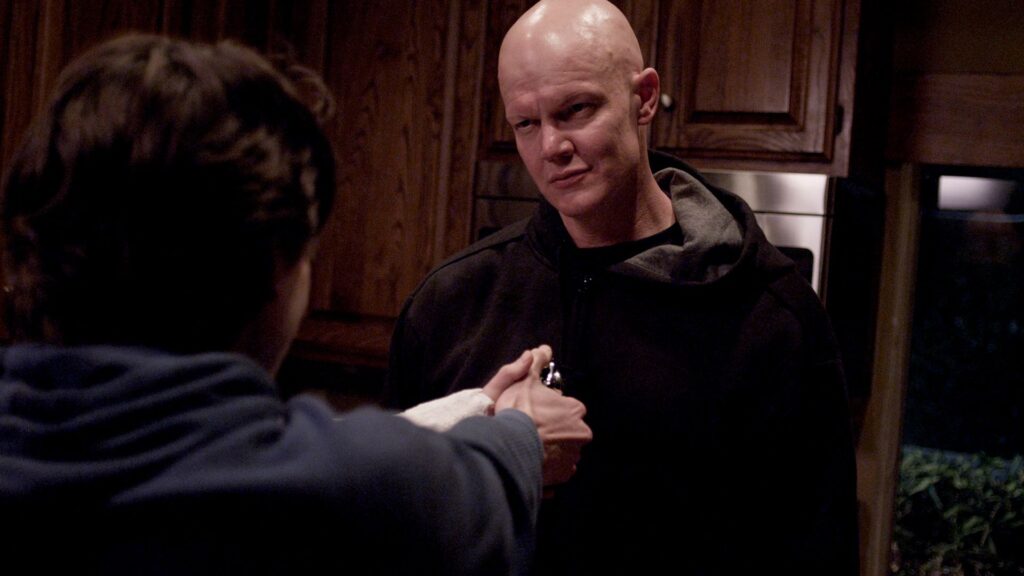 The three generations full of daddy issues that thus pervade Compound Fracture easily slots the film into a little-acknowledged subgenre of horror known as family drama. These types of films are lighter on gore and action and more substantial on inter-character tension, mental distress, and paranormal mystery. One of Compound Fracture’s taglines is “a family drama wrapped in a ghost story.” These elements further come into play in Compound Fracture when Michael, Chloe, and Brandon notice strange voices and violence inflicted by invisible entities around the home. 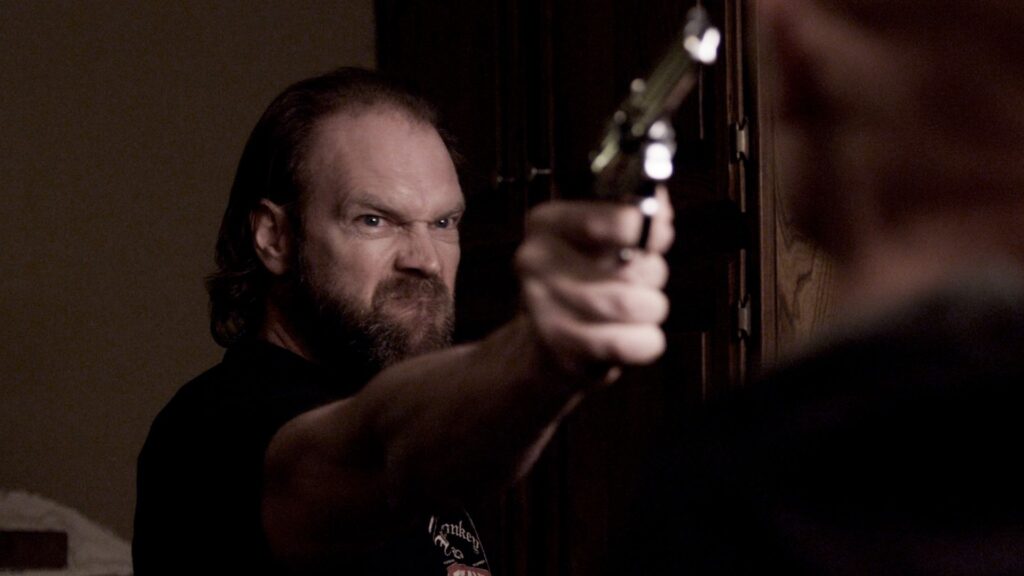 The issues between Mane’s Michael and Watson’s Gary in this film are fascinating to watch primarily because of the way the two actors play off each other. Michael’s perpetual exasperation with his father and bitterness about the past contrast well with Gary’s helpless descent into dementia, desire to protect his son’s family, and need to heal relationships. It is easy to believe that the two actors are father and son evolved from a dysfunctional home. 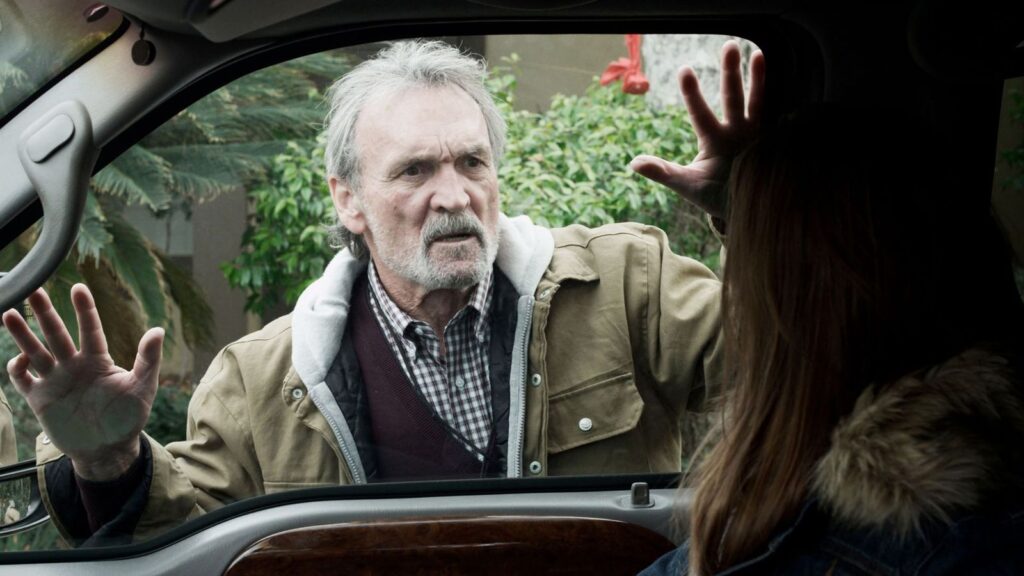 Saxon’s Brandon adds some new complexity to that dynamic because he’s a young man mostly without a father and still mourning the loss of his mother at his father’s hand. He stands on the precipice of manhood, forced to confront the sense of loss and abandonment while trying to figure out who he is going to be. Brandon is, therefore, a character ripe for exploration as the paranormal events begin to unfold. Unfortunately, that is one aspect in which Compound Fracture drops the ball. Gary and Michael both have clear arcs throughout the film. Brandon’s arc, although present, feels amorphous and less changed by the story’s climactic moments.

That said, Compound Fracture is an enjoyable film, as no doubt evidenced by its Best of Festival win at Hot Springs Horror Film Festival. Although some of the dialogue feels awkward, the story is tighter than you might expect for a family drama. Also, the technical aspects of the film are polished and easy on the senses. If you’re in the mood for an action-oriented horror film, you should probably skip Compound Fracture for now. But if you enjoy a good paranormal mystery with tense character interactions, this is a good choice. Atmospherically, it’s not as well done or as well written as, say, Mike Flanagan’s The Haunting of Hill House, but it exists on the same plane.

Compound Fracture will be available for viewing on-demand from Level 33 Entertainment on Aug. 11, 2020.