In times of political or cultural crisis, horror often acts as a mirror. It reflects the fears we are experiencing about whatever the disruption is to what we previously considered “normal.” In the 1950s, the big bug movies were reflective of fears of the nuclear age. In the 1980s, slashers reflected society’s discomfort with fornication and drug use. Monster movies can cast one of two reflections: our fear of “the other” or our fear of being “the other.”\

Writer/director David Axe’s new post-apocalyptic political thriller Lection is being marketed as a film for 2019, an age when politics has become so tribal that any political affiliation is now an automatic obstacle to reasonable human discourse and progress. A somewhat verbally challenged tent town has become divided into two classes: those who rule and those who work. Those who rule get to decide how literal bread is divvied up among the working class.

Anyone who protests the amount of bread they receive or who attempts to obtain more than their share is subjected to violence. The brutality and unfairness of their incumbent ruler cause the working class to rise up. The mayor (Mike Amason), eager to quell the uprising, suggests that they instead hold an election. Soon, he finds a challenger in Dot (Sanethia Dresch), who is chosen among the working class to run for the office. Unfortunately for all, running for office in the post-apocalypse is much more brutal than simply asking citizens to vote for you. 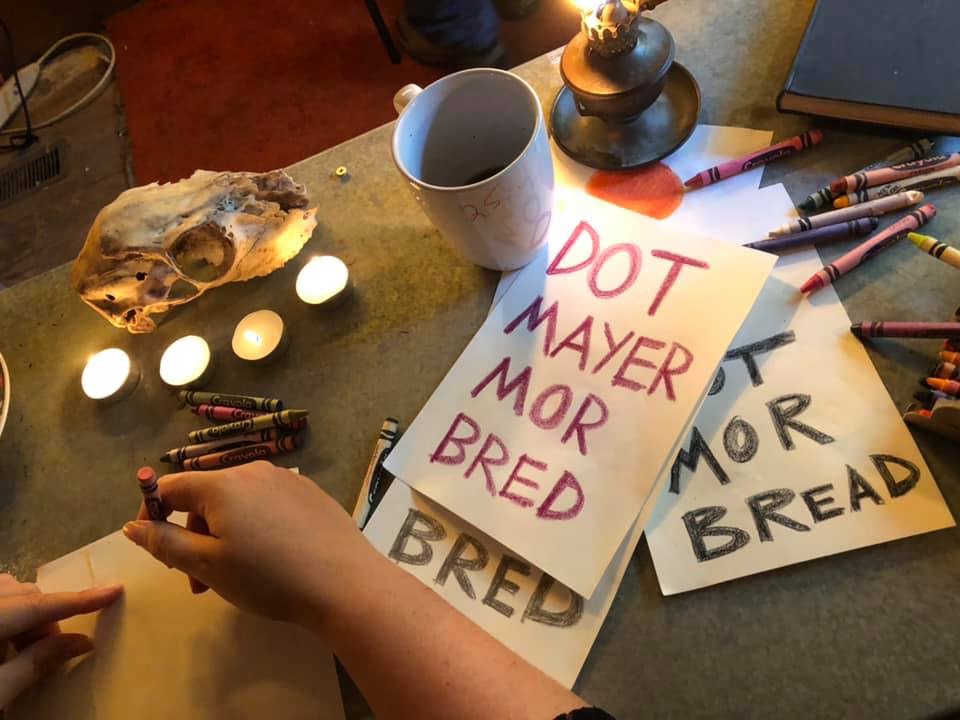 Dot (Sanethia Dresch) decides to run for mayor in ‘Lection’

Filmed on a shoestring budget, Lection sports an impressively large cast, an attractive set, and a tense soundtrack that occasionally makes things the scene sound like more action is taking place than there is. The society that is the focus of the story is quite similar to The Scavengers in Robert Kirkman’s The Walking Dead, but instead of a junkyard, they live mainly in a tent compound. Their speech pattern is highly reminiscent of The Scavengers. Entire sentences are spoken as a single word, which means that the filmmakers must rely mostly on the visual cues of facial expressions and body language in order to get their point across to the audience.

This unique characteristic of Lection is also the most frustrating thing about it. There are times when it feels like not enough is happening to move the story along. It also makes forming a connection with the characters more difficult. We can see their actions, but we don’t have much more insight than that into them. The old “show don’t tell” rule is a good one, but sometimes you actually want characters to talk with each other because those interactions are how a human decides not only who other people are, but who they are as an individual. Because of the lack of dialogue and a relatively slow pace, a modern easily distracted audience might find their attention wandering if watching this movie on a device that also provides access to social media.

That said, Lection is an interesting cautionary tale about the dangers of tribalism. For any who might concern themselves about such things, its message is neither pro-Democrat nor pro-Republican. It’s pro-human.