Of all horror tropes, none is as defining or fits as snugly into the Creepshow mold as the resurrection of the dead. The 1982 film opened with the “Father’s Day” segment, after all. It also included another revenge of the corpse segment in “Something to Tide You Over.” The 1987 sequel, Creepshow 2, ended with “The Hitch-hiker,” bookending the original Stephen King and George A. Romero franchise with resurrection stories.

Given the zombie boom of the previous decade, which was partially brought about by television shows like The Walking Dead, it is only fitting that Shudder’s Greg Nicotero-helmed Creepshow series address the awakened corpse on the mortician’s slab. Episode 5 of Creepshow showcases two stories that have both resurrection and comeuppance as their central themes. However, the segments approach the zombie theme in opposing ways. Episode 5’s first segment, “The Night of the Paw,” tells the tale of a pair of people who want to bring the dead back to life. The second segment, “Times Is Tough In Musky Holler,” instead wishes the dead would stay that way. Series regular and film franchise veteran John Harrison directs both segments. 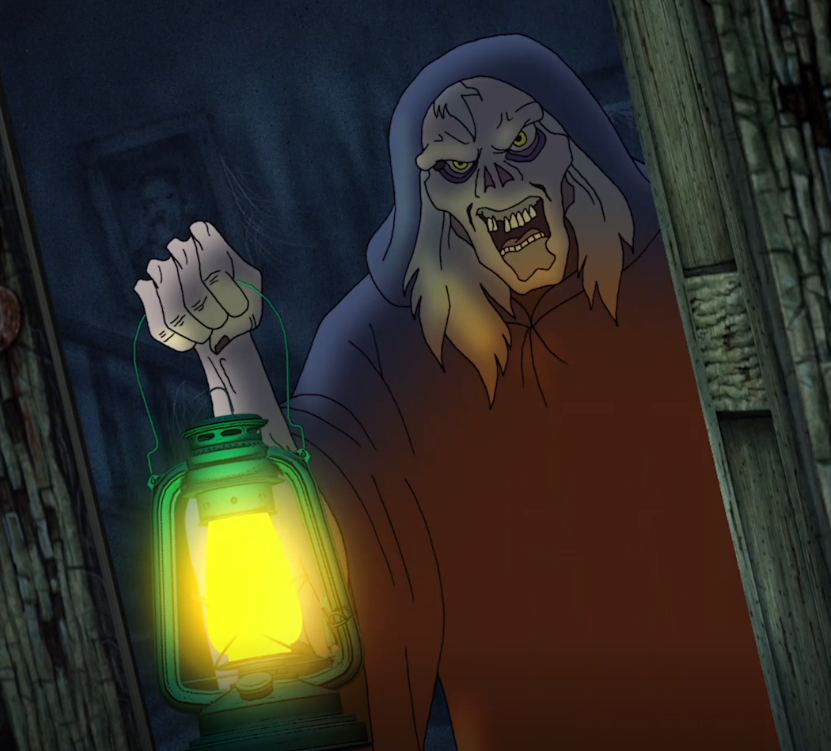 Episode 5 is the only Creepshow so far to not feature The Creep in puppet form.

Classic horror tales don’t come more classic than the folklore that is The Monkey’s Paw, but that’s not the only familiar component of Episode 5’s “Night of the Paw,” penned by Walking Dead alum John Esposito. This segment stars Bruce Davison as Whitey, a mortician, and Hannah Barefoot as Angela, a woman who suffers a violet car crash after apparently mercy killing her ailing husband in his hospital bed. Fans of the Creepshow series might remember Davison as having also played the doll shop owner in Episode 1’s “The House of the Head.”

Angela awakens on Whitey’s slab, where he has stitched together her wounds and lobbed off two destroyed fingers of her left hand to preserve the whole hand. She demands to be freed from Whitey’s clutches only to find that the storm that caused her accident was still raging, and flooding is rampant. Whitey then reveals to her his wish-fulfilling monkey’s paw and tells her his theory about how she connects to it. Naturally, this tale involves the death of his wife and his attempt to resurrect her by wishing for the monkey’s paw to bring her back to life. After using up two of the three wishes he is granted by the paw, Whitey used his final wish to bring him “a killer.” He believes that Angela, who you will remember killed her husband, to be that killer.

Although based on the classic folklore, Esposito and Harrison give “Night of the Paw” the full Creepshow treatment: less twist and more comeuppance. There’s also a nice resurrection-themed Easter egg in the funeral home’s guestbook. You don’t have to look hard to see it. This segment is a worthy entry into both the Creepshow canon and a fun twist on the Monkey’s Paw legend. Davison and Barefoot play well against each other. On the downside, there’s a computer-generated fire effect that was unrealistic. Still, it works in a way that fits with the comic book style of the series.

Interestingly, “Night of the Paw” is the only segment in the new Creepshow series so far to contain nudity (albeit corpse nudity). Waiting this long to show naked skin is an impressive feat in the age of premium cable shows like Westworld and Outlander, which use copious sex and nudity in their first seasons as viewer bait. Not that there’s anything wrong with that. However, it says something about Creepshow’s dedication to its storytelling that not only did they wait until Episode 5 to show skin, but they also did it in a nonsexual way. Creepshow’s rising star proves that it doesn’t need nudity anyway. Recent reports from industry publications across the internet indicate that the mere presence of the new series on Shudder has lured a record number of new subscribers to the service. 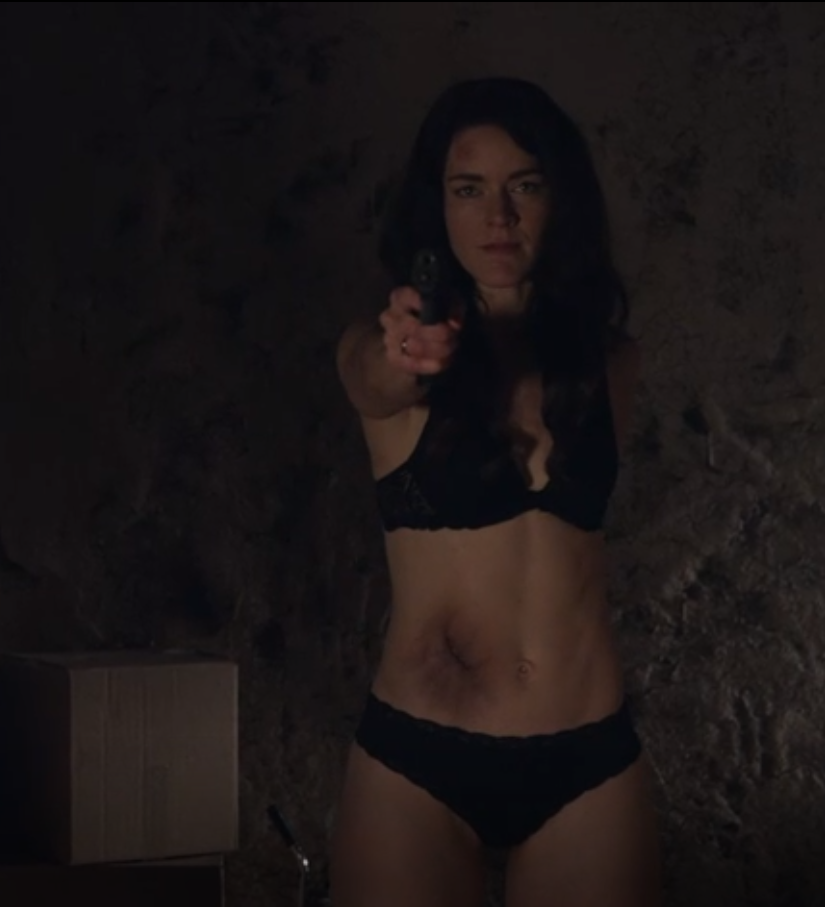 Episode 5’s second segment, “Times Is Tough In Musky Holler,” is significantly shorter than the first segment, but packs a punch. Written by splatterpunk pioneer and Tales of Halloween alum John Skipp along with Dori Miller, this segment begins with a group of corrupt Musky Holler officials locked in a pen beneath the high school football field. In the distance, a crowd cheers. Meanwhile, the town’s former mayor Lester Barclay (Dane Rhodes) begs their captors for release. It turns out that Barclay, along with Musky Holler Sheriff Deke (David Arquette), town gossip Leslianne Dowd (Karen Strassman), and a host of other corrupt souls, captured control of the small town at its weakest moment: an attack by a zombie horde.

Following a witch hunt in which Barclay feeds anyone who criticizes him and his rule to the horde in Roman colosseum-style games, some of the persecuted have managed to capture the corrupt officials and regain control of the town. In pure Creepshow style, those penned beneath the high school football field are soon to face a comeuppance.

“Times Is Tough In Musky Holler” takes a far less linear approach to its storytelling than most other Creepshow segments. As a result, some viewers might be frustrated when they do not immediately understand why the caged people are caged. But if you give it a chance, the payoff, like a fresh triangular slice of “Pei” is worth the wait. 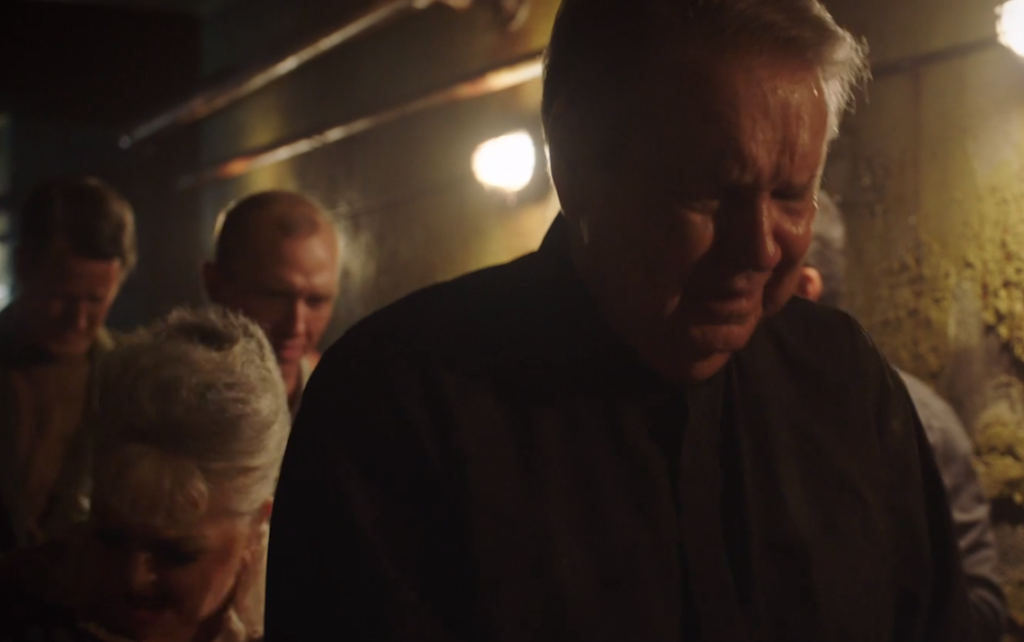 A corrupt group of officials are led to their sentencing in “Times Is Tough In Musky Holler.”

Overall, Creepshow’s fifth episode doesn’t feel as strong as its predecessor, but it is far from weak. The series remains fresh and exciting, even when it uses well-worn tropes like the folklore of The Monkey’s Paw and zombie attacks. The final episode of Creepshow’s first season hits Shudder on Halloween.