Horror streaming network Shudder has made the second episode of Greg Nicotero’s new Creepshow television series available for streaming. Everything’s still lovely and comic-book-style creepy. Last week’s first episode brought back everything fans loved about the original film franchise, including The Creep himself, comic book panel transitions, a segment adapted from a Stephen King story, and a familiar face from the films in Adrienne Barbeau.

Episode 2 continues in that love letter to Stephen King’s love letter to EC Comics vein. It reminds me more of two DC Comics titles that I occasionally enjoyed as a kid. Titles that, to my adult chagrin, I never collected: Weird War Tales and Ghosts. The former title launched in 1971 and ceased publication in 1983. It has the distinction of introducing a band of Universal Monsters-inspired mercenaries known as the Creature Commandos to the DC universe. Ghosts, on the other hand, was full of one-off tales of the paranormal in a fashion similar to 1950s EC Comics titles like Tales From the Crypt. That title’s tagline claimed that the stories were based on truth. Ghosts launched in 1971 and ran through May of 1982. 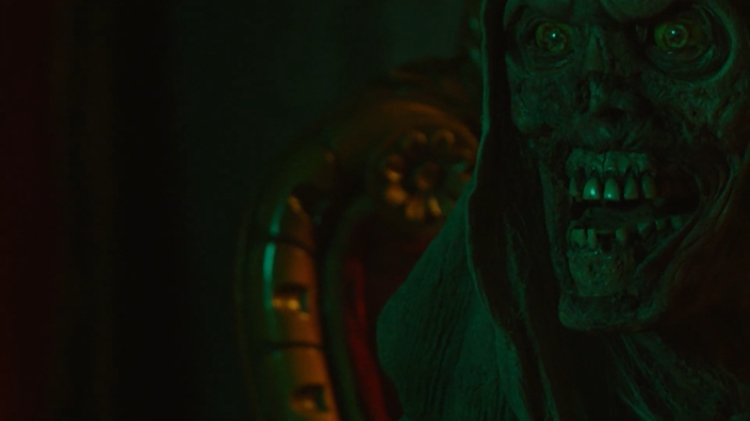 The Creep From CREEPSHOW

The first segment of Creepshow’s second episode, “Bad Wolf Down,” is set smack in the middle of World War II. A squad of American GIs takes shelter in what appears to be an abandoned jailhouse or police station. There they discover that a group of officers slaughtered in a most brutal and gory fashion. The lone survivor is a French woman with otherworldly eyes who has imprisoned herself in a cell and who begs the Americans to leave the place before she kills them. Without spoiling too much, the soldiers are betrayed by one of their own and then forced to face down a group of Nazi soldiers led by horror legend Jeffrey Combs.

“Bad Wolf Down” is tense action entertainment with a werewolf twist, and it is my favorite segment in the series so far. It’s both more fun that the King “Gray Matter” adaptation that led the series, and more intense than any of the other segments so far. It’s also considerably lighter handed on the Easter eggs than both “Gray Matter” and “The House of the Head” were. The famous Creepshow ashtray is present, of course. Other than that, the only possible Easter egg I identified was what I thought might be a makeup reference to King’s film Silver Bullet. One of the creatures in “Bad Wolf Down” bears a striking resemblance to a wolfed-out Reverend Lowe (except for the missing eyeball, of course). I still haven’t decided whether I think the resemblance was intentional, but it certainly struck me that way. “Bad Wolf Down” was both written and directed by Rob Schrab. 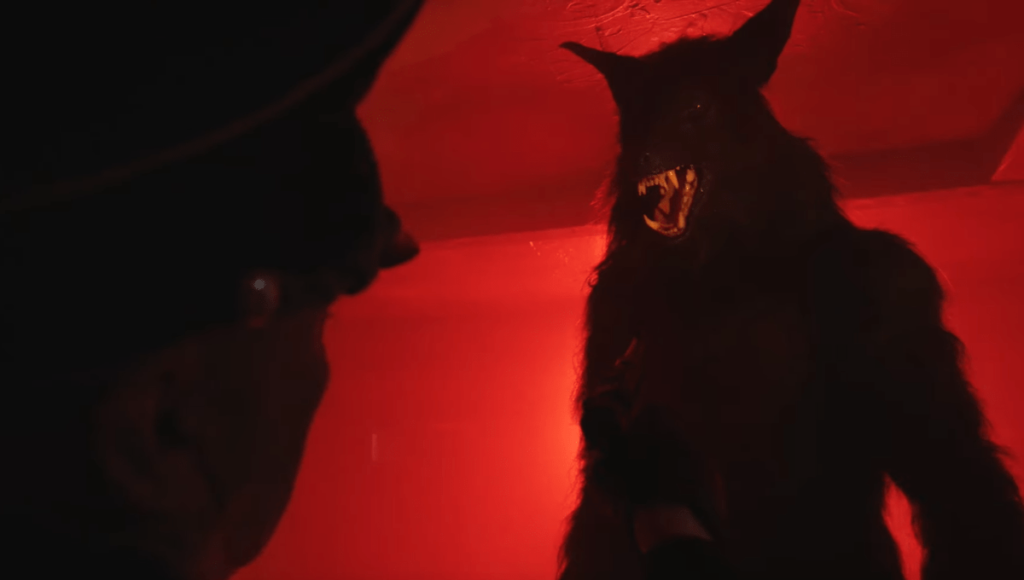 Episode 2’s second segment, “The Finger,” is not what you think it might be given the title. A slacking loser by the name of Clark Wilson (DJ Qualls), loses his wife and step-children but finds a strangely disembodied finger lying on the street. Curious, he takes the finger home. As time progresses, the finger appears to grow other parts of a whole, like a lizard that has lost its tail. In its ultimate evolution, Bob, as Clark names the creature, becomes capable of earning his keep at Clark’s place. He does this by, uhm, “taking care” of a few nasty people who are making Clark miserable. This segment is narrated in fourth wall fashion by the main character and is chock full of comedic gore. Although not as intense as “Bad Wolf Down,” “The Finger” had me hooked. I laughed out loud on multiple occasions as Clark tries to dispose of the tributes Bob brings him following his escapades. Some viewers might have an issue with the CGI when Bob walks through the house in this segment. There are places where it’s evident that practical effects fell by the way in favor of computers. I noticed it, but it didn’t break my experience. “The Finger” was written by David J. Schow and, like “Gray Matter,” directed by Nicotero. 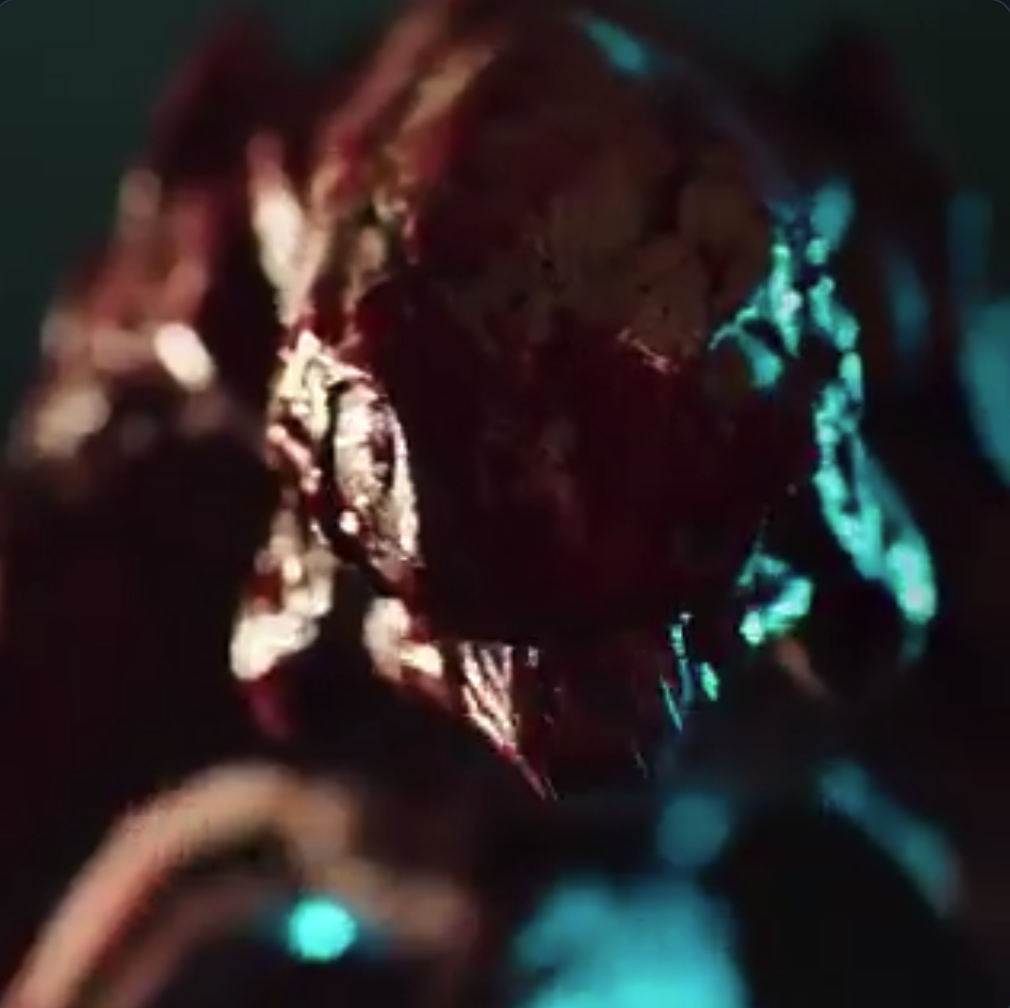 My single criticism about the series as a whole so far is that The Creep himself does not get an arc. In both the 1982 film and its 1987 sequel, there was an overarching story that involved The Creep. In the 1982 film, The Creep and young Billy (played by a young Joe King who would later become Joe Hill) conspire against Hill’s abusive on-screen father (Tom Atkins). In Creepshow 2, young Billy, with the aid of The Creep and his comic book, escapes the clutches of a nasty band of bullies. As much as I love the series so far, I would enjoy it more if The Creep didn’t merely open the episode, but became involved. At the beginning of Episode 2, it looked like we were going to see a story involving The Creep and a fortune teller. Alas, no story was served.

Overall, Creepshow’s second episode felt more like the old King/Romero franchise than did Episode 1. It retained all the of the elements that made Creepshow what it was, yet managed to not feel like that producers, writers, and directors were trying too hard. The less heavy-handed Easter eggs and better storytelling make this episode infinitely more rewatchable.