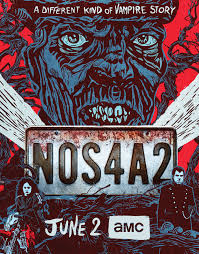 NOS4A2 follows Victoria “Vic” McQueen, a young working-class artist who discovers that she has a supernatural ability to track the seemingly immortal Charlie Manx. Manx feeds off the souls of children, then deposits what remains of them into Christmasland — a twisted Christmas Village of Manx’s imagination where every day is Christmas Day and unhappiness is against the law. Vic must strive to defeat Manx and rescue his victims — without losing her mind or falling victim to him herself.”

Don’t get confused with Max Schreck in Nosferatu from 1922. I’ve never seen that movie but I’ve always heard about it and that he was a vampire but this show ain’t that. Charlie Manx (Zachary Quinto) is immortal but the only way he can stay young is from consuming the souls of broken children. When I say broken I mean ones that come from broken homes etc. He tricks the kids in to his car with a ton of Christmas presents and tells them that their going to Christmasland where it’s Christmas 24/7. 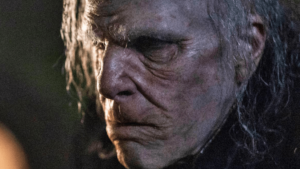 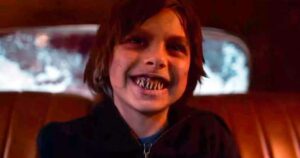 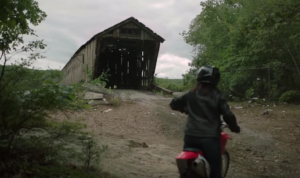 But what they don’t know if he’s really feeding of their souls. Going into this I was skeptical because the last couple of years I haven’t been able to sit down and watch a show nothing really can keep my attention. If they keep this up though they’ll have a dam in me. As I’m writing this I’m only 2 episodes in and I’m pretty excited to see what happens next of course there is a lot more to this but I won’t spoil it for you. You’ll have to tune in Sunday nights 10/9C on AMC. Catch up any time On Demand. You definitely want to check out NOS4A2 seeing someone that has a hell of a time staying focused on things this kept me interested so I believe that says something. Let’s just hope they can keep it up!