I have a confession to make. I hate spring. Here are just a few of the reasons: 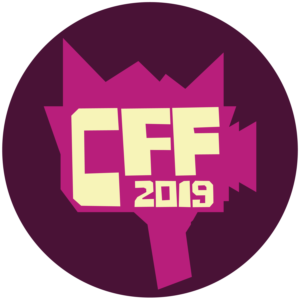 I could go on, but you get the picture. It’s difficult to conceive of anything good about this season. However, I can’t help but feel that this spring is different. First, there was the mainstream release of both Jordan Peele’s Us and, a week later, the remake of Pet Sematary. The immortal Joe Bob Briggs has returned to the air (stream?)-waves with The Last Drive-In on Shudder. The resurrected Fangoria magazine shipped its third issue. And, finally, Chattanooga Film Festival ties all this horror goodness together this week as it enters its fifth year.

Featuring two venues this year—Chattanooga Theatre Centre and The Moxy Hotel—The Chattanooga Film Festival boasts four days of film and related events, most of which is connected to horror and science fiction. The full schedule is available at www.chattfilmfest.org, but things kick off Thursday, April 11 at 4:30 p.m. with a free and open to the public The Mingler Welcome Party, which is presented by Puckett’s Grocery and Restaurant. The name is a play on words inspired by classic horror showman (and creator of The Tingler) William Castle. Later that evening, horror’s own B-movie expert, Shudder showman, and Chief Drive-In Mutant Joe Bob Briggs will be present for a two-hour history lesson in redneckdom and its relationship with Hollywood.

On Friday, Saturday, and Sunday the movie screenings kick off at 10 a.m. and span the length of the day. Friday night, actor Crispin Glover will preface his film It is Fine! Everything is Fine with a one-hour dramatic presentation and follow that with a book signing. For those who’d rather spend the latter hours of the day winding down, the “Dead Right” trivia game at Chattanooga Brewing Co. starts at 8 p.m. and is followed by I’m OK, You’re Karaoke Party Vol IV at 10 p.m. Both events have RSVP links on the schedule page.

Saturday highlights include films all day at the Chattanooga Theatre Center along with panels in The Moxy Media Room. The 10 a.m. Punks on Film “Destroy All Movies!!!” panel is free and open to the public, as is a panel on intellectual property in film at 1 p.m and a film funding panel at 3 p.m.

Sunday begins with more screenings, including a Tennessee Filmmaker Block in the Screena Turner room at Chattanooga Theatre Centre at 10 a.m. At 6:45 p.m., The Chattanooga Film Festival presents its 2019 awards. The awards ceremony is free and open to the public.

The schedule of events, ticket and badge information, and more can all be found at www.chattfilmfest.org, including a full list of feature films that will be screened at the festival and a full list of short blocks.