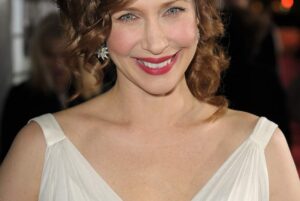 Hey Everyone! It’s time for another Conjuring movie apparently! Those kooky Warrens sure have had their share of spooky encounters. From evil dolls to not so hot nuns. The first two movies mostly trod around in haunted houses, there’s a cult or something and usually some witches. I honestly haven’t paid a lot of attention and I blame Vera Farmiga’s hotness. (Swoon) The third instalment starts with the exorcism of a 8 year old boy that’s not going so hot. The Warrens do their best and Ed gets a demonic heart attack. The boy’s sister, well I don’t remember her much. Vera Farmiga remains hot. Sister’s boyfriend is there and heroically (or stupidly) invites the demon to possess him instead of the 8 year old annnnd BOOM! We’re off and running.

Stupid hero boyfriend is Arne Johnson portrayed by Ruairi O’Conner. Now that he houses a demon in his guttywuts he will surely do something horrific and evil. BOOM! He murders his landlord Bruno who in my opinion had it coming. He’s drunk and obnoxious and all touchy feely on Arne’s girlfriend, as a result he gets shanked and personally I was happy about it. Arne is found roaming down the road and of course arrested. Look you know all this because we all know by now this is based on a true story. Ol’ Arne boy tried the “devil made me do it” defense in court; which worked about as well as old ugly ass Lorraine Warren being played by the immaculate and perfect Vera Farmiga. Here the movie goes way off the rails and tries to tie in previous Conjuring lore such as the Order of the Ram. The spooky evil cult mentioned in Annabelle and obviously the group behind every evil thing ever. There’s still a witch of course, there’s always a witch with these people. Typical modern day horror movie stuff happens and roll credits.

Ok I know I’m being bitchy about Conjuring 3 and by no means did I hate it. In fact I like what they’re trying to do with the Conjuring universe. Tying everything together in a Marvel way is actually pretty cool and I do enjoy the nods to previous films. I just really hate Annabelle. I tried to write this without thinking about how much I hate Annabelle but I can’t stop myself from festering with hatred towards that stupid doll. I get it, it’s like super cursed. Neat. Why make it look angry and evil though? Who on earth would ever let that creepy looking doll into their house in the first place?! The actual Annabelle is a Raggedy Ann doll which is a billion times creepier. It doesn’t need drawn on chola eyebrows to let us know its evil, I just find the whole thing insulting.

All in all Conjuring 3 is a decent watch and not terrible. While it doesn’t add a lot to the Conjuring Universe it’s still a worthy addition. Have you ever seen Running Scared (2006)? It has absolutely nothing to do with the Conjuring but it’s a pretty fantastic movie and the first time I fell in love with Vera Farmiga. If Conjuring 3 doesn’t do it for you then check out Running Scared and thank me later.

3 Creepy Compliments out of 5