Please note that due to the NBA schedule, “AEW Dynamite” will air following the game on Wednesday, December 23 at approximately 10 p.m. ET / 7 p.m. PT. 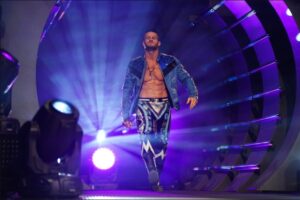 Mike Myers, Cameron Diaz, Eddie Murphy, Antonio Banderas, Justin Timberlake, John Krasinski. Being king isn’t for everyone–especially if you’re a prickly ogre who smells like the shallow end of a swamp. When Shrek married Fiona, the last thing he wanted was to rule Far Far Away, but when his frogger-in-law, King Harold, suddenly croaks, Shrek is quickly fitted for the crown. Now, unless the reluctant would-be king can find a suitable replacement, he’ll be royally screwed for the rest of his days. As if Shrek didn’t have enough on his plate, Princess Fiona has another little surprise on the way. With his head spinning and his belly in knots, Shrek sets off on a quest to find the only other possible heir to the throne, Fiona’s long-lost cousin Artie, an underachieving medieval high schooler. While the ogre is away, his old nemesis Prince Charming rears his handsome head and returns to the kingdom of Far Far Away with redemption on his shallow little mind. Even with Donkey and the ever-so-suave Puss-in-Boots by their side, it’s going to take an ogre-sized effort–and a whole lot of help from Fiona and her band of princesses–for Shrek and Artie to save the day and find their own “Happily Ever After.”

Mike Myers, Cameron Diaz, Eddie Murphy, Antonio Banderas, Julie Andrews, Rupert Everett. After battling a fire-breathing dragon and the evil Lord Farquaad to win the hand of Princess Fiona, Shrek now faces his greatest challenge: the in-laws. Shrek and Princess Fiona return from their honeymoon to find an invitation to visit Fiona’s parents, the King and Queen of the Kingdom of Far, Far Away. With Donkey along for the ride, the newlyweds set off. All of the citizens of Far, Far Away turn out to greet their returning Princess, and her parents happily anticipate the homecoming of their daughter and her new Prince. But no one could have prepared them for the sight of their new son-in-law, not to mention how much their little girl had changed. Little did Shrek and Fiona know that their marriage had foiled all of her father’s plans for her future–and his own. Now the King must enlist the help of a powerful Fairy Godmother, the handsome Prince Charming and that famed ogre killer Puss In Boots to put right his version of happily ever after. 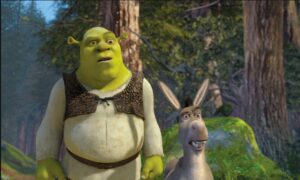 Mike Myers, Cameron Diaz, Eddie Murphy, Antonio Banderas, Julie Andrews, Walter Dohrn. Long-settled into married life and fully domesticated, Shrek begins to long for the days when he felt like a real ogre. Duped into signing a contract with devious Rumpelstiltskin, he finds himself in an alternate version of Far Far Away, where ogres are hunted, Rumpelstiltskin rules, and he and Fiona have never met. Shrek must find a way out of the contract to restore his world and reclaim his true love. 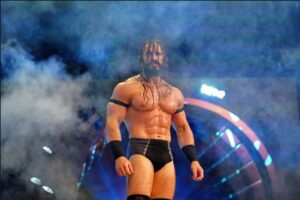 Dennis Quaid, Channing Tatum, Marlon Wayans. From the Egyptian desert to deep below the polar ice caps, the elite G.I. Joe team uses the latest in next-generation spy and military equipment to fight the corrupt arms dealer Destro and the growing threat of the mysterious Cobra organization to prevent them from plunging the world into chaos. 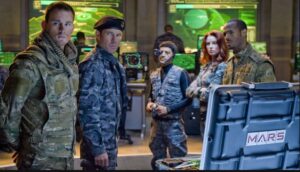 Dwayne Johnson, Naomie Harris, Malin Akerman. Primatologist Davis Okoye shares an unshakable bond with George, an extraordinarily intelligent, silverback gorilla that’s been in his care since birth. When a rogue genetic experiment goes wrong, it causes George, a wolf and a reptile to grow to a monstrous size. As the mutated beasts embark on a path of destruction, Okoye teams up with a discredited genetic engineer and the military to secure an antidote and prevent a global catastrophe. Based on the video game. 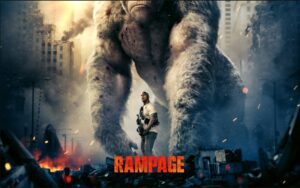 Vin Diesel, Paul Walker, Dwayne Johnson. Since Dom and Brian’s heist in Rio left them and their crew very rich people, they’ve scattered across the globe; however, they must still live as fugitives, unable to return home to their families. Meanwhile, Agent Hobbs has been tracking a gang of lethally skilled mercenary drivers whose second-in-command is someone Dom knows. Unable to take them down himself, Hobbs asks Dom and his crew for help in exchange for full pardons for everyone. 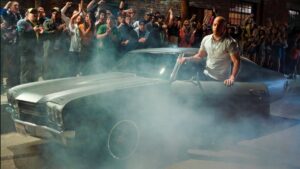 Chadwick A. Boseman, Michael B. Jordan, Lupita Nyong’o, Danai Gurira, Martin Freeman. After the death of his father, T’Challa, the King of Wakanda, returns home to the isolated, technologically advanced African nation to succeed to the throne and take his rightful place as king. But when a powerful old enemy reappears, T’Challa’s mettle as king-and Black Panther-is tested when he is drawn into a formidable conflict that puts the fate of Wakanda and the entire world at risk. Faced with treachery and danger, the young king must rally his allies and release the full power of Black Panther to defeat his foes and secure the safety of his people and their way of life. 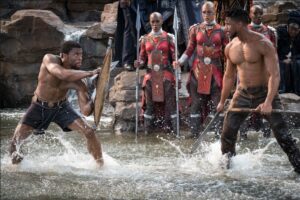 TNT, a WarnerMedia brand, is watched by more people than any other cable network and known for big, lean-forward television that gives viewers the best seat in the house for electrifying stories, dynamic characters and thrilling events. TNT is home to some of television’s most popular original series including “Snowpiercer,” ”The Alienist: The Angel of Darkness,” “Animal Kingdom” and ”Claws.” TNT is expanding its programming to include premium unscripted with the docuseries ”ShaqLife.” TNT also presents popular shows such as “Bones” and ”Castle,” in addition to primetime specials and sports coverage, including the NBA and NCAA Division I Men’s Basketball Championships and the professional wrestling league All Elite Wrestling (AEW), which has exploded onto the scene with “AEW Dynamite,” premiering as the night’s #1 wrestling show. Website: www.tntdrama.com