With spooky season in full swing, I find myself in the mood for more horror than usual. The problem is, I’m not always in the mood to sit and watch a movie. Hell, sometimes I don’t have the time to sit and watch a movie; but the craving for spooks and scares is still there. Luckily, we live in a time where all manner of entertainment is in our pockets. Gone are the time when we were bound to movies, books, and late night TV programs. My current favorite way to supplement my addiction to the spooks is listening to horror podcasts and scary story narrations. If you haven’t delved into that realm just yet, you’re in luck because I’m going to share some of the best ones I’ve found with you.

What Kind of Horror Podcasts?

I just want to clarify what I’m talking about here before we go any further. I’m not talking about podcasts that talk about horror movies. There are some great ones out there, though. If that’s what you’re looking for, check out The Horror Basement (shameless plug), I Hope You Suffer, Horrible Horror Podcast, or Half Assed Horror Cast. What I’m talking about today is more along the lines of audio dramas and story narrations.

So, with that out of the way, let’s get into the recommendations. 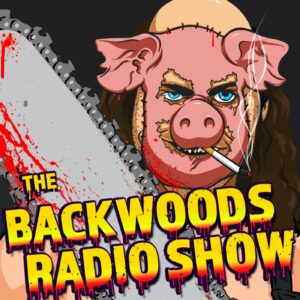 If you’re looking for some blood-drenched horror comedy, The Backwoods Radio Show is what you need in your life. It’s a radio show based in a place called Dogsnout County and headed up by the witty cannibal Squatch Ronson. Imagine watching a horror movie where an unsuspecting group of tourists wonders into a small town full of cannibals and Cronenberg-esque monstrosities. This is the radio show that would play in that town.

It’s funny, it’s gross, and there is some great story telling and world building going on. The writing and sound design are amazing as well. The amount of passion that goes into making this show is evident. You can check it out on Spotify. Right now it is in its second season and the season two finale is supposed to be out later this month. So, you’ve got time to binge the first season and get caught up on the second if you try really hard. I hope you enjoy your stay in Dogsnout County as much as I do. Tell ‘em Yeti sent ya. 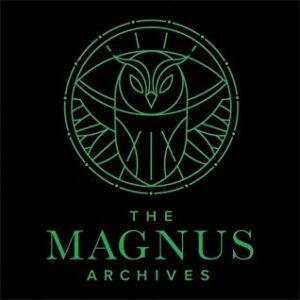 There’s a good chance that you’ve heard of this one. The Magnus Archives is an anthology show built around the fictional Magnus Institute in London. They take statements and artifacts from those who have experienced paranormal or unexplained phenomena. If you like horror podcasts with plenty of lore and episodes, this one is for you. There are almost 200 episodes right now and it looks like they come out weekly. I’m about 40 in and there is a really cool plot unfolding under all of the seemingly unconnected stories. Check this one out if you enjoy silky smooth British accents and solid original stories.

This one is also available on Spotify. The stories are well-written and the sound design is top notch. I got sucked in from the beginning and each installment leaves me wanting to know more and more about the Institute and the things it studies. Don’t sleep on this one.

Old Gods of Appalachia isn’t just one of my favorite horror podcasts. It’s one of my favorite podcasts, period. This show is chock full of mountain magic, coal mine explosions, ancient evils, and witches. Listening to this show is like sitting in front of a fire and being told tales of deep mountain lore; the show is set in the Appalachia of an alternate and darker dimension. It’s a place where great evils were imprisoned under the mountains and over time the prison has grown thin and things have started to seep out. It’s clever, it’s scary, and above all it’s just so damned good.

The stories that unfold are expertly written and the main narrator, Steve Shell, has a voice that is smooth as good bourbon. You can check this out on Spotify and YouTube, among other places I’m sure. Do yourself a favor and check this one out, especially if you’re lucky enough to live in the region. As an added bonus, the show features music by Those Poor Bastards. Good music is always a nice addition. 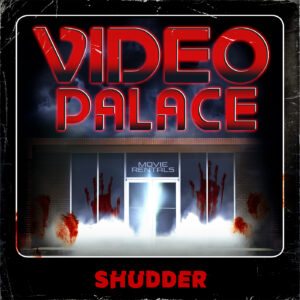 Video Palace was one of the first horror podcasts that I really got into. It was so good that we actually covered it in depth on The Horror Basement last year sometime. It’s a great story with some voice cameos from cool ass people. The mystery unfolds as the story goes on and by about the second or third episode I was completely hooked. It all centers around these white VHS tapes that are some kind of paranormal gateway. I don’t want to spoil anything, so I will just say go check this one out. You can listen to Video Palace just about anywhere you get your podcasts. I’m pretty sure it’s still on Shudder as well. The only issue I have with this show is that there is only one season; but the story is wrapped up nicely in the end.

A Bit of a Departure…

Now I’m going to get into some things that aren’t necessarily horror podcasts. I love me some horror narrations, so I’m going to share some of my favorite narrators with you guys. All of these are available to watch on YouTube. 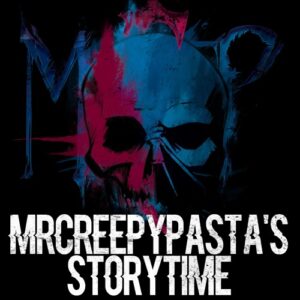 MCP is probably one of the best known narrators on YouTube. He uploads great stories on a regular basis. These stories include some really great series. My favorites are the Tales from the Gas Station, Lily Madwhip, and The Neverglades. Not only does he pick some great stories, his narration and sound design and voice are incredible. We’re talking audio book quality stuff here. If you’re looking to add some spooks to your YouTube viewing, this is a great place to start. 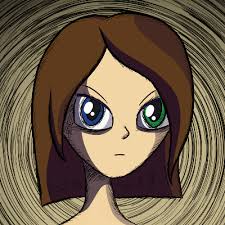 I would be remiss if I didn’t mention the queen of horror narrators in this article. Creeparoni has a healthy catalog of content and has recently returned to uploading regularly after a way-too-long hiatus. Her story selections are always interesting but the cherry on top is her voice which is sweet and smooth as honey. She has one of those Southern accents that just lulls you into comfort as she spins her scary yarns. Personally, I would listen to Creeparoni read the phone book. Go give check out her channel and you’ll see just what I mean. 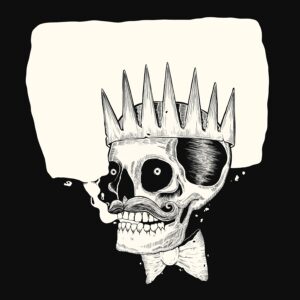 Be.Busta is one of the first horror narrators that I ever listened to on the platform. He does a ton of stories from the “Let’s Not Meet” and “No Sleep” subreddits. His Australian accent adds some nice variety to the narration scene and he picks some really great stories. You can also find some great long videos on his channel if you want to just put them on in the background while you’re doing things or if you’d like to fall asleep to spooks and scares. 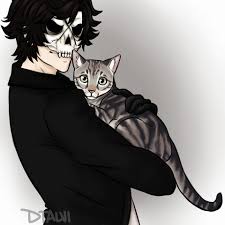 Do you like silky smooth European accents and stories that you won’t hear anywhere else? Well, the good doctor is just what you need in your life. He uploads regularly and puts out some really great content. His voice can most accurately be described as silky smooth smoky sex.  Most of what he reads is pulled directly from a dedicated subreddit where people submit stories just for him to read. The subject matter varies but it is always top notch horror. If you’re looking for something original, give Dr. Creepen a listen.

I hope that I pointed you in the direction of your new favorite horror podcasts or narrators. I know that these content creators really add a lot of great entertainment to my daily life and they’re helping me keep the spooky spirit alive this season.