The first thing that comes to mind when you think of zombies might be the flesh-eating groaners of George A. Romero’s Dead movies. Or, you imagine AMC’s series based on Robert Kirkman’s The Walking Dead comics. What you might forget is that the word zombie is never stated in either franchise. Zombies as we think of them today are not the same as their ancestors in the traditions of Haitian folklore.

Leave it to Vance Capley’s Monster Magazine to resurrect (heh heh) the tradition of the zombie in a form closer to its origins. Monster is a retro-style horror and science-fiction fan magazine that contains articles, interviews, and comics. Issue 9 explores the zombie as the magically resurrected corpse of Haitian tradition. These are zombies as portrayed in White Zombie, the 1932 film starring Bela Lugosi.

Along with White Zombie cover art by Capley himself, Monster No. 9 continues the theme of the zombie of Haitian folklore throughout the entire issue by presenting a series of zombie “facts,” reminiscing about films like Sugar Hill, and even providing instructions for creating your own Voodoo doll. There’s also a fascinating piece about Dan Curtis’s 1973 adaptation of Frankenstein included in this issue.

Monster Magazine Issue No. 9 is fun. It shambles through the graveyard of “resurrected dead” movies and myths of yesteryear. It defies expectations by ignoring the zombies of modern culture. Instead, it revels in the magic and mystique of the old school.

You can get your own copy of Monster Magazine No. 9 online now. 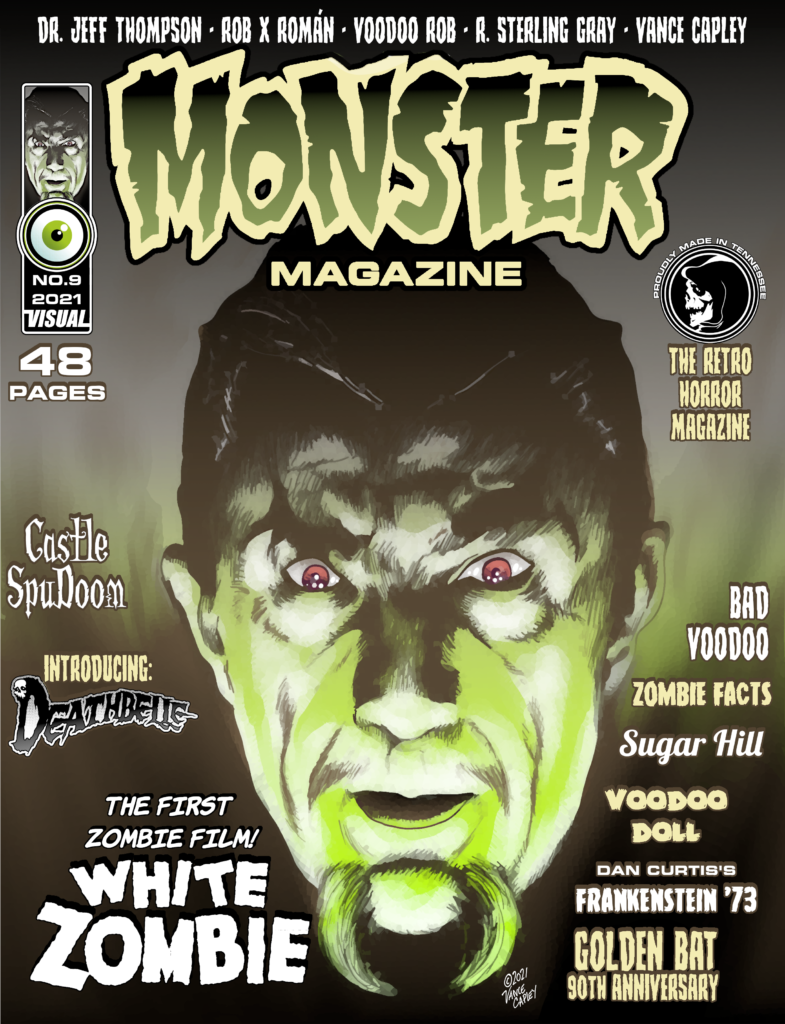 The cover of Monster Magazine Issue No. 9