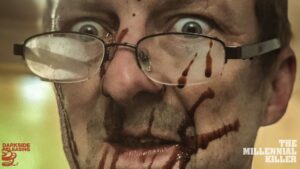 The Millennial Killer is hunting for new real estate… in Romania!

The Millennial Killer has been welcomed to the legendary Land of Prince Vlad III Dracula, universally known as Vlad the Impaler, Voivode of Wallachia.

Whilst The Millennial Killer has read up on current affairs, and is up to date with all things Millennial, even he is impressed by the authoritarian Prince, who revolutionized the affairs of Wallachia and refused to pay tribute to the sultan Mehmed II, resulting in a bloody war with the Ottomans. Vlad the Impaler was killed in 1475, and 422 years later Bram Stoker downgrades the Prince to a mere Count! How dare he, that young writer, seeking fame by belittling his elders! So, surely, it is only right that The Millennial Killer should be seen at the Wallachia International Film Festival!

So, this coming weekend (September 11th to 14th), The Millennial Killer will appear in downtown Bucharest, just hundreds of metres away from Dracula’s former court in the grand Old Town! 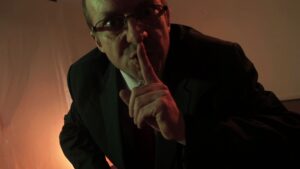 Director Sam Mason Bell, on hearing the news of The Millennial Killer’s selection, said “wow that’s pretty awesome! Amazing Festival” and is delighted that hundreds of years of mythic Wallachian history under the night sky will be joined by the latest Trash Arts / HB Films co-production, starring Simon Berry as The Millennial Killer.