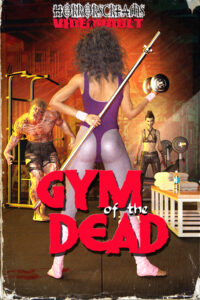 Not content with working on just the female driven psychological thriller CALLBACK (https://www.indiegogo.com/projects/callback-a-psychological-thriller-feature-film#/) in the current climate, HorrorScreams VideoVault and FoxTrot Productions will once again team up but this time for the black comedy horror zombie film GYM OF THE DEAD.

Based on a story by Peter Hopkins it will be a blend of all that we love from the 1980’s with the added bite of zombies!

Emir Skalonja (HOLLAND ROAD MASSACRE: THE LEGEND OF PIGMAN) will direct GYM OF THE DEAD.

Peter Hopkins had this to say about GYM OF THE DEAD:

“GYM OF THE DEAD originally started out with a different title many years ago but after doing research recently I found that my original title was already being used, so a quick name change had to happen and what was born is GYM OF THE DEAD. A black comedy horror zombie movie with blood, guts, bulging muscles and dare I say it…boobs!” 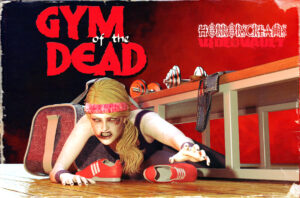 “Obviously everything in the world is pretty hard at the moment what with the Covid situation so we are currently getting as much funds together as we can to create a film that will hopefully be a fan favourite in years to come.”

GYM OF THE DEAD is currently raising funds for pre-production for the film via Indiegogo and have set a goal at £10,000 which will cover the pre-production costs of the film. This includes the cost of any equipment, props. make-up/effects, catering, travel costs for crew, places to stay etc.

There are plenty of perks on offer including a personalised gym towel to mop away all that sweat and zombie blood after a hard workout, DVDs, Blu-rays and the chance to be in the film as a zombie.

Private investors who are interested in contributing to the project outside of the crowd funder can get in touch with Peter Hopkins at horrorscreams.org@gmail.com for more details.

Help make this happen for us, the film and FOR YOU, THE FANS!

They have also announced that Eileen Dietz (The Exorcist, The Assent) will be joining the project IF they reach their first stretch goal of £15,000.

So come on, come enter the GYM OF THE DEAD and get some fabulous perks along the way.

You can keep up to date with news about Gym of the Dead on the Facebook page: https://www.facebook.com/GymOfTheDead/