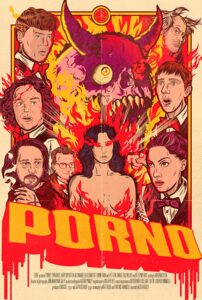 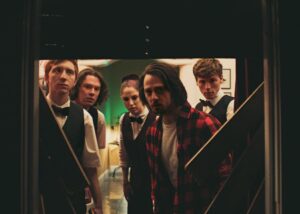 The plot is cool and all but the character development is really where I have to take my hat off to the writers. For the first twenty minutes or so, it seemed like each character that was introduced was a bigger fucking square than the previous one. I’m sure you knew kids like these growing up; they’re outwardly super pure and “on fire for God”, but inside their just ultra repressed balls of hormones. It really took the shit hitting the fan to make this gang of sentient mayonnaise jars likeable.

There’s even a straight edge guy who ends up being a pretty alright character. I’m gonna put it out there, I fucking hate edge kids like this. They’re more annoyingly sanctimonious than a room full of gluten-free vegan crossfitters trying to sell you their essential oils. Giving one of these folks redeeming qualities cannot be easy.

By the time the smoke clears, each of the characters is shown to be flawed but with good intentions. They work and grow together. Even with that being said, I was rooting for the demon through the whole movie.

The crew ends up finding a single film canister in the burned out basement theater. Those in the know will notice the sigil of Lilith, first wife of Adam, mother of demons, and embodiment of female sexuality on the tin. Watching the film releases Lilith to hunt and tempt each of them one by one.

Katelyn Pearce plays the role of the Goddess of the Flesh to perfection. While she doesn’t have any dialog, she speaks volumes with her smoldering eyes and body language. She shows her prey their deepest desires and dares them to turn from the temptation.

Porno balances comedy and horror on a razor’s edge. The demon huntress supplies all the dread.  I mentioned that Lilith didn’t have any lines but I think it worked out better that way. Dropping one-liners or trying to be vocally seductive would have taken away from the overall effectiveness of the character. The humor comes solely from the kids. They’re all dealing with their own issues on top of dealing with a seriously fucked up Friday night courtesy of an ancient demon. It’s not a bunch of slapstick or dick jokes either, most of the laughs come from some good subtle writing and killer onscreen chemistry. This clearly drawn line goes a long way in making this film as enjoyable as it is.

If you want to check this one out for yourself you can find it on Prime right now.

If you want to hear JimJam, Jonny, Angela, and myself talk about this movie in-depth check out the next episode of  The Horror Basement Podcast.