Ride-sharing apps take on a supernatural twist in Driven (2019), in which Emerson Graham (Casey Dillard)—an aspiring stand-up comedian and driver for a ride-sharing service called Ferry—finds herself contending with demon-like creatures and a generations-old curse when a tense and mysterious passenger named Roger (Richard Speight Jr.) enlists her driving services during a typical night of work.

Driven acts as a noteworthy vehicle for Casey Dillard’s intelligent and humorous writing, as well as her memorable acting performance and engaging onscreen chemistry with Richard Speight, Jr. The film is infused with sharp and well-placed moments of humor, which Dillard and Speight, Jr. enhance with their ability to handle tense action sequences, heartfelt moments, and quick banter with remarkable ease. The character of Emerson particularly shines due to her complicated relationship with her passion for stand-up comedy (an occupation that has not been explored as much as other occupations in the horror genre, which adds another intriguing layer to the film), intelligence, and open comfort with her sexuality. Her developing friendship with Roger also deepens the thread of emotion that runs throughout the plot without becoming overly sentimental. 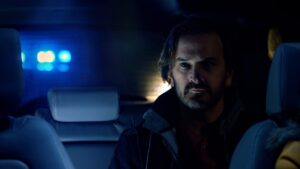 Although Driven sparkles in its comedic aspects, its horror and action sequences leave something to be desired. The creatures that Emerson and Roger fight and the lore that surrounds them feel underdeveloped and lack a unique or refreshing twist that would lift them from the standard possession storyline. While the mythology becomes slightly more compelling near the end, there are several key moments of greater potential throughout the film that are ultimately passed over. If the movie were to have a sequel, there is a strong possibility that a more fleshed-out supernatural plot could meet the strength of the real-world plot’s heart and humor, and a formidable series may be established. 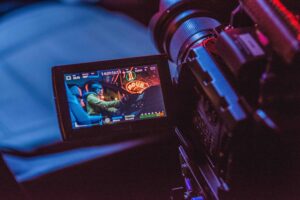 Overall, Driven is well worth a watch for its excellent performances and witty humor, but may not fully satisfy those looking for a horror/supernatural fix. 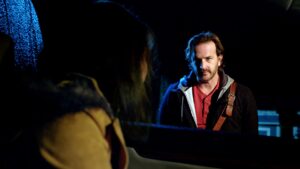