Following captivating hooks at the beginning and anticipating exciting conclusions, television shows suffer a common problem by the time they reach the half-way mark: the mid-point lag. This slow-down is typically the point in storytelling where a strong start that was intended to build toward an explosive and satisfying climax gets bogged down by the weakest storytelling. It happens to movies. It happens to television shows. Even old-school anthology shows like Tales From The Crypt often started a season with an episode that is much stronger than the middle.

Not so with Shudder’s Greg Nicotero-helmed Creepshow, which just reached the half-way mark in its first season. Three episodes of the new anthology horror series are now available to stream on Shudder. The two stories the showrunners chose for this outing are “All Hallow’s Eve” and “The Man In The Suitcase.” But before we get to those, I urge you to take a look at what scene is playing on The Creep’s television when he goes to answer the door in the episode opener. The tree in that shot from Night of the Living Dead looks more sinister than I remember it. Or maybe I just came down with a case of Demonic Pareidolia. I’m not the only one seeing a demon face in there, am I? 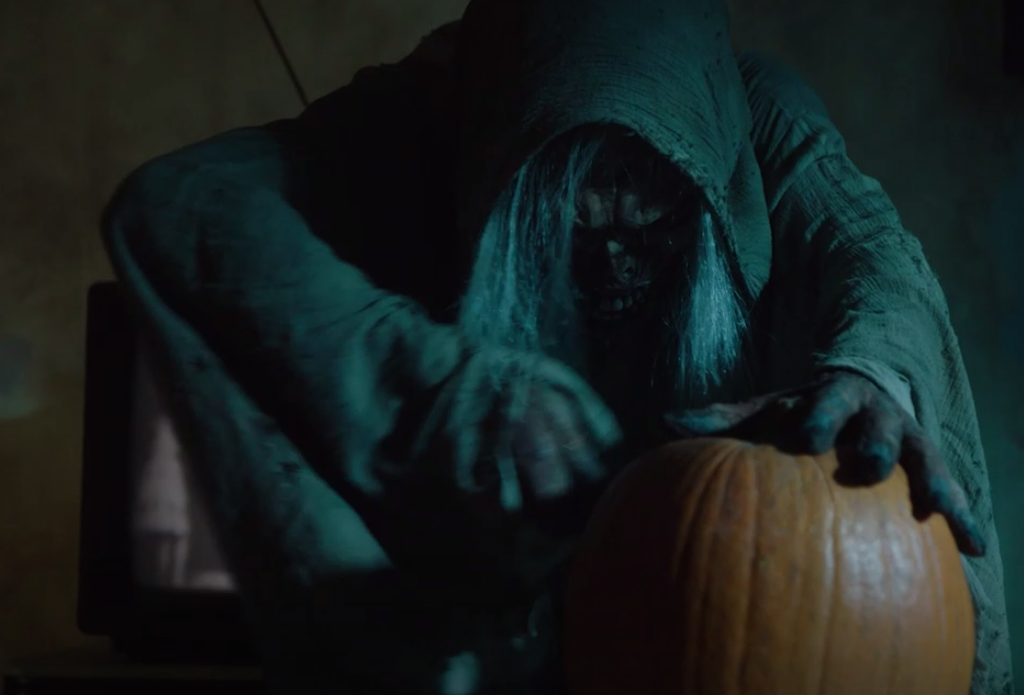 Unlike Episodes 1 and 2, Creepshow Episode 3 starts with a story of lesser intensity than its second. “All Hallow’s Eve” follows a small band of trick-or-treating teenagers who terrorize a small neighborhood by their mere presence. The Golden Dragons, as they call themselves, are a combination crew of It-style Losers Club and Stranger Things-style nerds. From the outset, it is clear the group wants to avenge some long-ago wrong (a decidedly Creepshow-like plot). The details of this wrong are revealed in a black-and-white flashback late in the episode.

Written by Bruce Jones and directed by John Harrison, the “All Hallow’s Eve” segment is interesting. However, it ends up a bit predictable after the viewer is clued in on the wrong that The Golden Dragons are attempting to avenge. It’s less fun and a more generically titled segment than those of previous episodes, but still worthy of the Creepshow moniker by way of the very brief creep reveal. Writer Jones already has some horror anthology cred because he also wrote for HBO’s The Hitchhiker series.

Some viewers might think they’ve spotted a continuity error in this segment after Skeeter (Aodhan Lane) reveals his face to a bully who is about to get his comeuppance. Trust the filmmakers a bit longer. You’ll then understand that this perceived error is not a consequence of budget or lazy filmmaking. It’s on purpose. 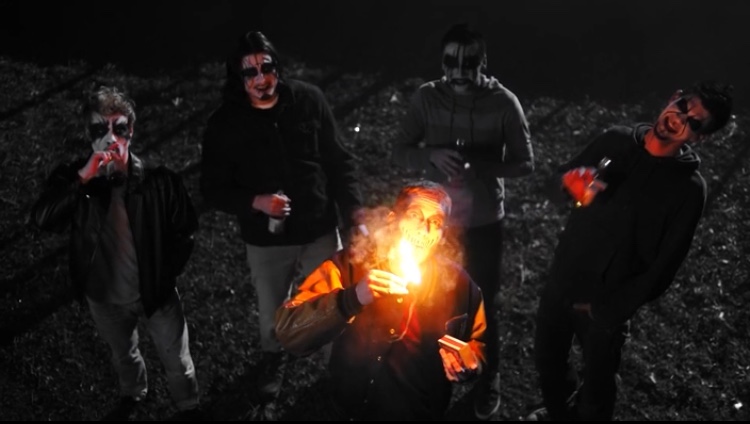 Episode 3’s second segment, “The Man In The Suitcase,” is both a more original and more satisfying tale than “All Hallow’s Eve.” Written by Christopher Buelhman and directed by David Bruckner, this segment is about a college student named Justin (Will Kindrachuk). He returns to college after a trip home to beg his father for money. At the airport, he picks up the wrong luggage and, after he arrives back, discovers a man (Big Boi) trapped inside. When he attempts to free the twisted fellow, the pain the man experiences causes him to vomit gold coins. Naturally, greed kicks in when Justin’s ex-girlfriend and roommate discover that their buddy has what amounts to a human Golden Goose tucked away at his place.

“The Man In The Suitcase” is clever in several ways about how it tells the old-school greed morality tale. Justin, the finder of the man in the suitcase, is not the character who becomes possessed by greed. After an offer from the man that he can keep whatever money the pain produces if he frees the man from the suitcase, Justin legitimately wants to free him. However, Justin is of doormat character. He not only allows his greedy mates to dictate how events from that point unfold but also actively takes part in their plan. He’s not wholly innocent, but he’s not entirely evil. As a result, the ending of “The Man In The Suitcase” might feel a little confusing. I thought it was a fair way to end the segment. 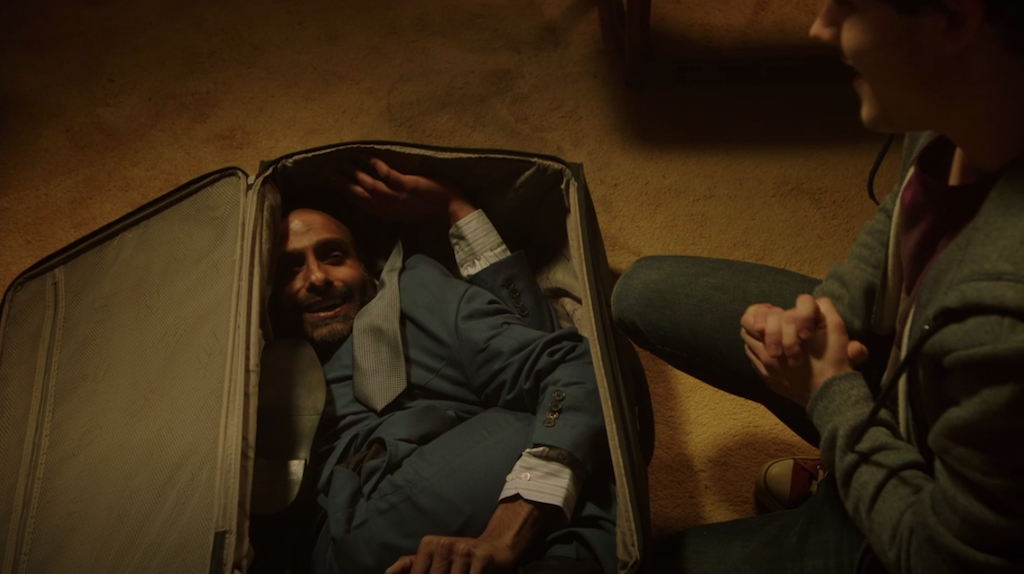 Hey, Brother, I’ll spare you some gold if you help out “The Man In The Suitcase.”

Naturally, Creepshow the Shudder series wouldn’t be Creepshow the Shudder series without a few Creepshow Easter eggs thrown in for good measure. The ones I caught were more obvious in the “The Man In The Suitcase” segment, particularly among the average college student-style deco on Justin’s walls. I didn’t catch any Easter eggs in “All Hallow’s Eve” on this first watch, although I’m positive the ashtray was in there somewhere.

The good news for Creepshow is that as of Episode 3, it has yet to fall into any mid-season slump. Whether that’s because of the relative brevity of the season as a whole or the pure love the showrunners are showering on this resurrection of the old King/Romero movie franchise remains to be seen. There are three episodes left to go in Creepshow’s first season, and I remain excited about it.

I’m looking forward to the episodes (and seasons?) to come.