Okay. Alright. Okay. For the sake of the prolonged battle between being honest and being nice that ravages my brain like Napoleon straight-up steamrolling Austria, I shall approach the review of this film as one would construct a shit-sandwich: Delicious bread, not-so-delicious shit, delicious bread. 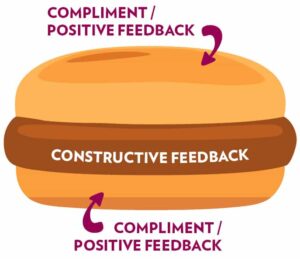 One Night in October is well-acted for the most part, well-shot for the most part, and the direction of Christopher M. Carter is totally competent. The gore (which was minimal) was well-crafted (there’s a particularly convincing bit of face-flaying that was very impressive and made me hungry for a cheese-less pizza), and though the sound effects were a little overproduced for my aural tastes, there was clearly a lot of love and sincerity that went into making this film. Nom nom there’s your top slice of delicious bread.

Oofdah. One Night in October was billed as The Purge meets Creepshow. I knew going in that it was going to be an anthology, a breed of horror I typically enjoy. I typically enjoy them when they have one very, very critical element: a frame, or central conceit, that A.) either ties all the tales together (See: V/H/S), or  B.) bookends the vignettes with prologues and epilogues (see: Creepshow [1982]). What this movie doesn’t have, is a frame. And it suffers horribly as a result. Okay, well what’s it all about, and why does it suffer?

There’s a triptych (yeah, look that word up, you mongrels) of tales, one following a group of dinguses in a corn maze who encounter spooky, evil accouterments and wind up sparring with a zombie scarecrow guy. Another is a slow burn about a mysterious relationship between a woman with a secret and…a man…with a secret also. Finally, there’s one about a Halloween-obsessed gal who experiences a gnarly home invasion…with a twist! Individually these are all pretty okay, albeit safe, explorations of theme. What made me want to pull my fucking eyelids off my face, turn them into Speedo swim caps, and wear them as kneepads, was that there was nothing, nada, zilch tying these three vignettes together. Okay, fine, the title of the movie is One Night in October, and tacitly implies a theme, but am I supposed to just be okay with what I thought was going to be a slasher set in a Haddonfield-esque town, that then abruptly shifts to a corn maze slasher, then pivots to an awkward rooftop conversation between two very, very mediocre actors, then just keeps pivoting all over the place like some kind of out-of-control fire hose in the hands of legendary shaky-pants Michael J. Fox? No, of course not! 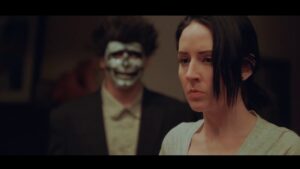 Acting up a fucking storm, folks

Had these been sewn together by a kid reading a comic book or a bunch of crusty detectives going over old case files or literally any kind of unifying thread, I’d be 40% more apt to not shit all over this movie. Fuck, if they just had title cards before each one, this shit sandwich would be almost ready for that sweet, sweet slice of bottom bread (my nickname in college). There’s one, tiny, meager attempt at insinuating that all these clods know one another via a phone call between the corn maze doofuses and the awkward woman, but by then I was already confused by what the fuck I was supposed to be A.) caring about and B.) how is there still another hour and 20 minutes of this?!

Aaaaand another thing! It was paced in such a way that I inferred there was going to be a moment when all three storylines converged, but they sort of just peter out. This is one of the many strengths of an anthology like V/H/S — it whips by and hardly lets you wonder anything at all. Plus, you know, it has a fucking unifying narrative.

Oh, and the Halloween-obsessed woman whose home gets invaded? Well the movie starts with her confidently decorating her lawn with what she and her neighbors think are totally awesome decorations when, in reality, they’re the kinds of seasonal lawn dressings one might expect to find at Pier 1 Imports or an Armenian drugstore in Glendale. Ghosts going “boo!” and stupid pumpkins and witches on brooms. Not a single decapitated body, clump of entrails, or suicide-pact aftermath was festooned in her tableau. For shame.

Michelle, you have terrible taste.

Okay, now to complete the sandwich.

Two of the goons in the corn maze vignette were lesbians and held hands and seemed to be in a positive, loving relationship. I mean, that has fuck-all to do with anything but it was a nice touch in a genre not known for inclusivity. So yeah. Thumbs-up on including non-hetero characters that aren’t raging cliches!

Give it a try. I might just be an asshole (I am), and I’m sure some of y’all are gonna like it and overlook the massive, conceit-destroying oversights. I mean, I’m the guy that thinks Ilsa, She-Wolf of the S.S. is at least as good as any Truffaut movie, so, you know, take my advice with a grain of shit.