If you’re writing a horror short, there are four basic motivational elements that you can always count on to humanize the experience and allow the audience to empathize with the characters. Whether film or literature, these elements in alphabetical order are: greed, power, regret, and revenge. Of all the episodes of Shudder’s new Greg Nicotero-helmed Creepshow series so far, Episode 4 is the only one that feels like it directly nails all four.

Episode 4’s first segment, “The Companion,” is adapted by Matt Venne from a short story by Joe R. Lansdale, Kasey Lansdale, and Keith Lansdale. It is directed by David Bruckner. The year is 1987, and a 13-year-old boy named Harold (Logan Allen) is longing for a reprieve from abusive denim-clad older brother Billy’s (Voltaire Colin Council) brutal physical attacks. During his latest flight from the fisticuffs, Harold stumbles upon an old scarecrow hanging from a cross in the fields beyond an abandoned house. The scarecrow is unusually constructed from real bones in addition to straw. It also has been staked through its felt heart with what looks like a walking cane.

Harold, desiring protection against his pursuer, retrieves the cane from the scarecrow for potential use as a weapon and unwittingly brings the creepy human facsimile to life. Unaware of the consequences of his actions, Harold takes shelter in the abandoned house where he is then stalked by the creature he’s resurrected. He then learns about the creature’s origins via a flashback to lonely farmer Brenner’s (Afemo Omilani) Frankenstein-like attempt to create a friend for himself.

From the outset of the “The Companion,” I was struck with a genuine Creepshow vibe. All the elements for a revenge tale were there: the abused boy, the boy’s abuser, the desire to escape, and the sudden arrival of a supernaturally powerful creature that might be friend, foe, or both. You could say that the power element was also in play for this segment, and you would not be wrong.

In addition to the story’s stated period, “The Companion” has the distinctly late-1980s-in-rural-America feel to it that stems from both the setting and wardrobe choices. “The Companion” might be the first segment of the new series that I felt could have been legitimately dropped into a re-release of either Creepshow (1982) or Creepshow 2 (1987) and labeled as previously cut footage. Few would have been the wiser. 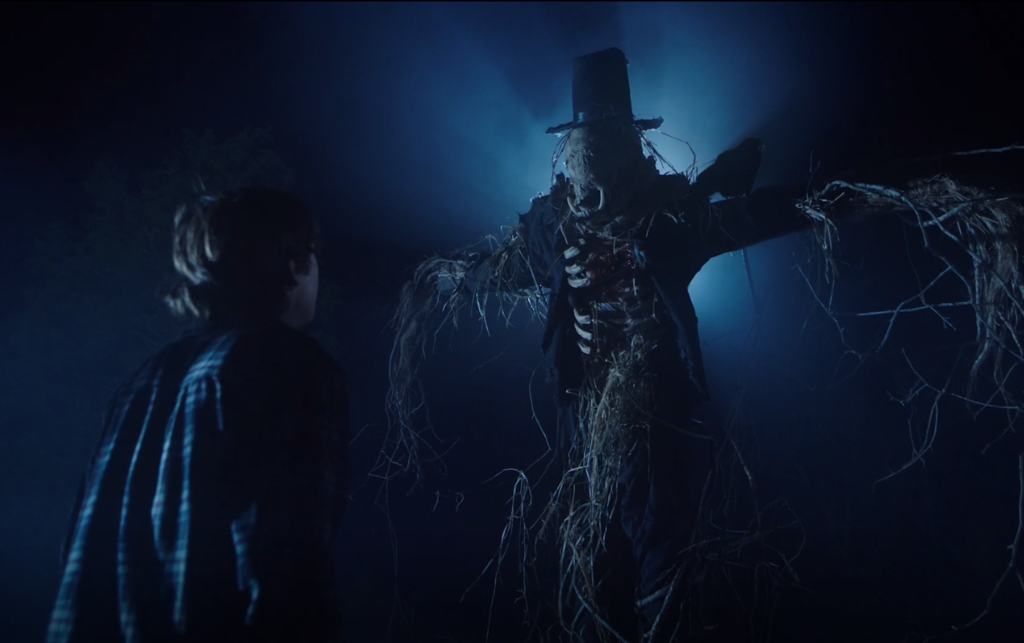 Harold (Logan Allen) is thinking, “Fuck the crows! I’M scared of this!” in ‘Creepshow’ Episode 4’s “The Companion” segment.

Episode 4’s second segment, “Lydia Lane’s Better Half,” has a clever play-on-words title that you’ll have to watch the full segment to understand. The segment was adapted by John Harrison and based on a story by Nicotero and Harrison. Directed by Roxanne Benjamin, this segment stars Tricia Helfer as Lydia Lane, a powerful award-winning entrepreneur who has promised to use her power and influence to make other women a priority as they step up the career ladder. Unfortunately, a relationship entanglement with a female underling named Celia (Danielle Lyn) complicates Lydia’s promise to promote women. Celia becomes incensed when Lydia passes her over for a promotion in favor of Tom (Michael Scialabba), the stereotypical company man. This act leads to an argument. Shortly after that, it leads to an assault that ends in Celia’s death.

Much of the rest of “Lydia Lane’s Better Half” is focused on Lydia’s attempt to cover up the relatively accidental murder of Celia. Everything comes to a head when Lydia becomes trapped in a company elevator with the body and discovers that Celia’s desire for revenge did not end when her life did.

Of the two segments, “Lydia Lane’s Better Half” is the one that hits all four of the motivational elements of short horror. Lydia’s power has corrupted her. Celia’s greed and lust for power motivate her to confront Lydia in an epic lover’s quarrel. Lydia regrets what happens to Celia as a result of that quarrel. And, finally, Celia’s corpse wants revenge. As a story, it might feel like familiar ground to fans of the original Creepshow franchise and HBO’s Tales from the Crypt. However, the situational and relationship elements of this variation on the revenge for the dead and power corruption tale help to make it fresh. 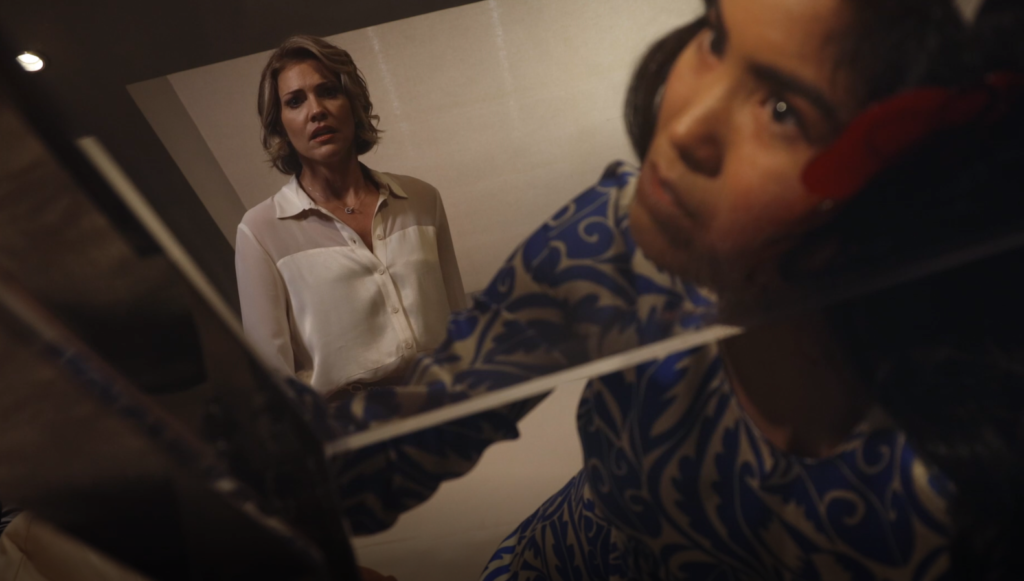 The release of Creepshow Episode 4 on Shudder completes two-thirds of the series’ first season. By this time, I would not have expected Creepshow to remain as Creepshow as Episode 1. Not only has the series managed to maintain its momentum, but it also continues to build on the foundation of everything that came before it. That includes the first two films in the original franchise and the EC Comics titles to which the original franchise was an homage. There are only two episodes left in this first season of Creepshow. Here’s hoping Nicotero and company can make them as Creepshow as this one.