Caught a few new horror movies as of late and here are some quick thoughts on them: 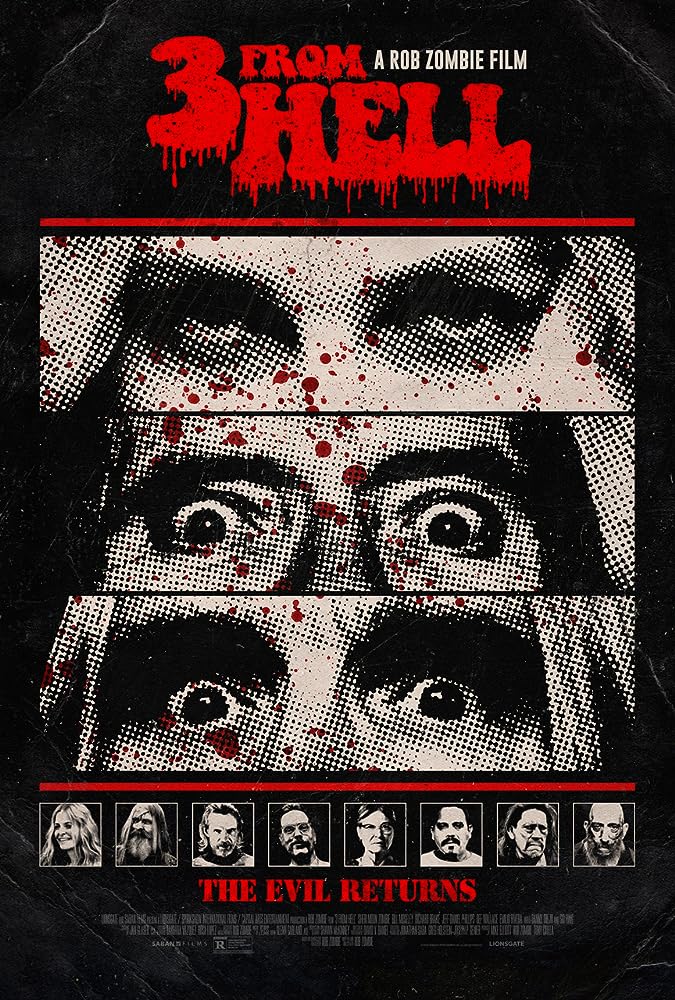 3 From Hell – The firefly clan are back! After an almost 15 year absence, Otis, Baby, and Captain Spaulding return to the screen as if resurrected from the dead. Some characters you just want to revisit. Sometimes the yearning for the return to the storyline is more than the actual want to extend the universe like with the Scream characters in part 4 (heck, even part 3). Such is the case with Rob Zombie’s most revered franchise with The Devil’s Rejects being arguably Zombie’s finest film. 3 From Hell tries its best to milk the magic of the middle film as well as a couple little nods back to The House of 1,000 Corpses. While it never does outshine the first two films, it’s still a fun watch. It has enough grime and gritty gore to satisfy the horror hounds. Sadly one member of clan was barely used and basically replaced, but I assume that was for real life health reasons. Was a third film necessary? Not at all. But Baby’s giggles and Otis’s satanic one-liners still make me smile.

Satanic Panic – Chelsea Stardust’s horror/comedy about a pizza delivery girl stumbling onto a satanic cult is a pretty fun time. What’s with Jerry O’Connell ending up in the first act of horror/comedies all of a sudden? Rebecca Romijn along with horror staples Jordan Ladd, Jeff Daniel Phillips, and AJ Bowen accompany relatively newcomer Hayley Griffith in this over the top flick. While it’s not scary or as insane as the advertisements would have you believe, it’s still a lot of fun.

Child’s Play – The remake of the 1988 classic is a mixed bag of ideas that still overall is a decent reboot. The smart home incorporation is a brilliant idea but is sadly not used to its full potential here. The kills are good. The look of Chucky is a bit weird at first but could be worse. The main problem with the remake is motivation of Chucky. It completely scraps the serial killer in doll storyline and opts instead for a misunderstanding? The fact that this version of Chucky actually is a “Good Guy”, albeit an ill programmed one, makes the dread a little less creepy. Aubrey Plaza, although awesome when playing her stereotypical roles, feels out of place here as Andy’s mom. Worth a watch but it’s still inferior to the original. 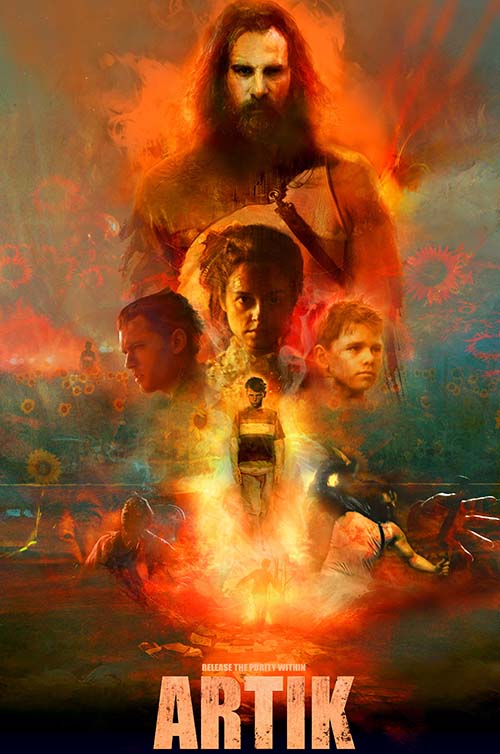 Artik – Artik is a brutal film and has some weird characters as a comic loving serial killer is preparing a young boy to join him in his footsteps. The boy befriends an AA 12 stepper and this leads to a lot of gory moments. Doesn’t really use the comic book theme as much as it could have. Not a lot of major plot points but still disturbing enough to check out.

The Dead Don’t Die – People seem to be heavily divided on this one and it’s easy to see why. It’s a slow, Romero zombie slow burn with deadpan humor that is not for everyone. Bill Murray, Adam Driver, and Chloë Sevigny work their roles well but cannot keep the almost anti-action zombie film from getting a little stagnant. The meta humor about the script is probably the biggest turn off for some. It was a bold choice but it unfortunately didn’t land. Jarmusch is an interesting filmmaker even though he is pretty boring at times.