If you’re a parent and a horror movie fan, how do you introduce your child to your love for horror movies? You might have seen questions like the following online: “What is an appropriate movie to introduce my xx-year-old child to horror?” The answers you receive will vary wildly. Ultimately, it’s going to come down to your relationship with your child, what you’re willing to discuss with him or her, and what you aren’t. The best thing you can do is pre-screen the movie you think your child might like to see so that you can decide on your own. Also, you’ll already know what’s coming and will be prepared to answer any questions along the way.

Then again, there’s nothing about horror or mystery per se to dictate that such movies must contain adult-oriented fare to be entertaining. You could, therefore, go the safest route and switch on an old episode of Scooby Doo or something similar, like the new family-oriented mystery/comedy/horror film Debunkers, Inc.. Written and directed by Matt Thompson with a story by Ryan Andrews, Debunkers, Inc. is a Scooby Doo-styled film about a group of high school seniors who are attempting to form a detective/paranormal investigation agency.

Link (Josh Pinkowski), Doc (Blake Kevin Dwyer), and Snake (Izzy Pollak) are starting their senior year of high school. After they bring on a new exchange student Sheik (Nicole DuBois) as a Debunkers intern, the group manage to get their very first case. It happens to involve a student death in and the subsequent haunting of their very own school. 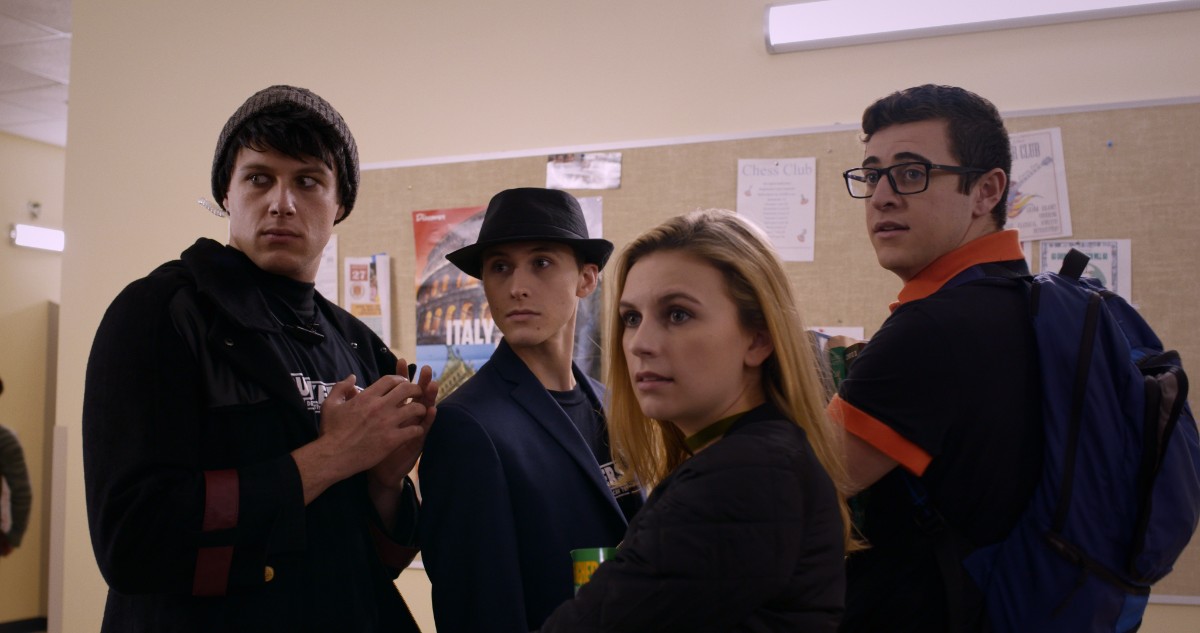 Cutely funny and playful, Debunkers, Inc. seems heavily influenced by Saturday morning cartoons fare like Scooby Doo. It’s a badge the filmmakers want to wear because they label it as being intended for the entire family. There is no adult language and very little in the way of violence. What violence there is contains no blood or significant injury. The closest the story comes to any sexuality is Snake verbally demonstrating an interest in the opposite sex.

Unlike many independent horror films, each of the characters in Debunkers, Inc., has a unique personality. People are easily distinguished from each other by more than just the way they dress. The story itself is generically Scooby Doo. It’s not bad, but it’s a little longer than it should be. There’s even a soundtrack that somewhat recreates the experience of watching an episode of the cartoon. The special effects, on the other hand, seem considerably budget-constrained.

As a low-budget live-action episode of old-school Scooby Doo, Debunkers, Inc. works. It needs only a cowardly Great Dane to complete the effect. Because of its only passing relationship to the genre, this film doesn’t work as a family-friendly introduction to horror. Instead, you might revisit old black-and-white Universal monster movies like Frankenstein or The Wolf Man.