There are multiple episodes of Star Trek: The Next Generation that involve a mysterious force, entity, or anomaly that somehow interferes with the natural fabric of space and time. These forces are often discovered after the crew begins to experience strange phenomena, such as witnessing other crew members freeze in time or rapidly age while reaching for a piece of likewise rapidly aging fruit. Typically, the formula for these episodes was as follows:

Landing Lake, a horror film by writer/director Cesar P. Libardi di K., very much feels like an attempt to replicate the TNG formula in a contemporaneous Earthly environment. As the film begins, a team of technicians who work for a satellite communications company has been dispatched to a remote area to diagnose and repair a repeater that has gone offline. When the team arrives at the repeater, they witness a plane crash in the distance and abandon their work to chase it. Inside the crashed plane, they find three survivors. Soon after, the group notices that time feels distorted, and something is affecting their minds. When they try to leave the area, they encounter a force field that kills by rapidly aging whoever comes in contact with it.

It sounds like a TNG setup. Unfortunately, Landing Lake fails to make an exciting story of its premise. The characters come off as one-dimensional, even though they are given backgrounds and personalities that are intended to create depth. The team that is initially formed to investigate the repeater does not get along well, even before the plane crash and ultimate fallout happens. One wonders why the communications company would choose to put these four personalities together on such a remote task. This fact also makes it hard to determine precisely when the force or entity or whatever is affecting the group begins to change them. The team and the crash survivors already dislike each other, so much so that they start shouting at each other over trivial matters. 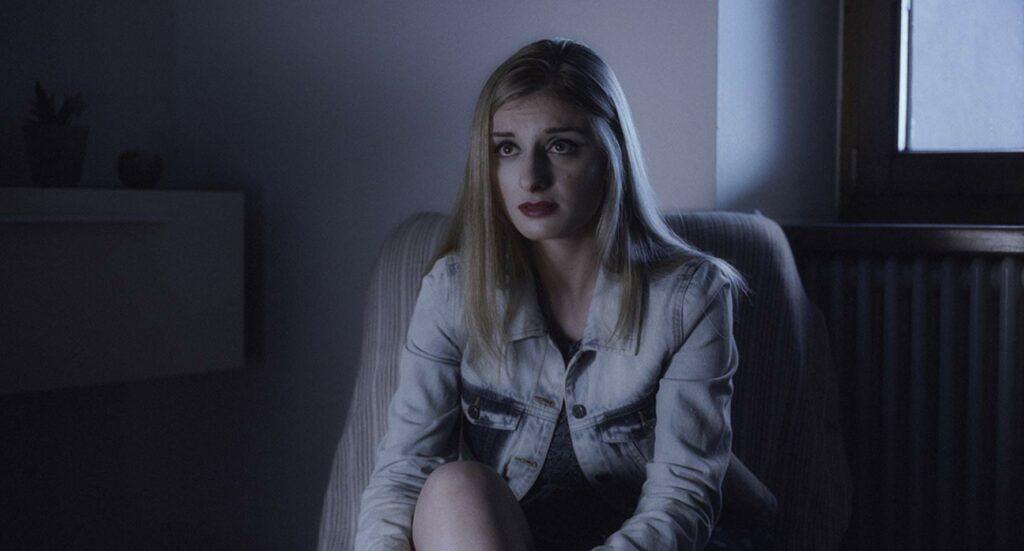 Elisabeth (Veronica Osimani) discusses some things that do not seem important to the plot with Georgie (Victoire Vecchierini) in the opening act of Landing Lake.

Add to the one-dimensionality an unnecessarily long opening act that has no bearing on later events, some contrived obstacles, and at least one logical leap that comes from nowhere, and Landing Lake starts to feel like a film that could have been drastically shortened from its more than 90-minute runtime. The film’s marketing bills itself as a “body horror throwback” and “The Thing Gets Wet.” However, there’s almost nothing about this film that evokes The Thing. The body horror therein is limited to a couple of brief scenes. In the end, the direction and effects in Landing Lake are adequate, but the film suffers from directionless writing and overuse of score.

Landing Lake will be released to video-on-demand and digital July 9.