The feature adaptation of Alvin Schwartz’s Scary Stories to Tell in the Dark is still several months away, but a new documentary aims to give fans an interesting and thought provoking look at the history behind the popular book series and the impact that the titles have had on readers over the past several decades.

Scary Stories is the new film by director Cody Meirick and features a bounty of interviews, including ones with the son of Alvin Schwartz as well as popular children and teen horror writer R.L. Stine (Goosebumps and Fear Street), among others. 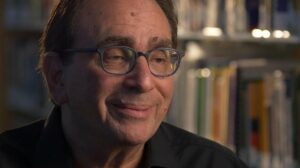 The documentary is a must-see for anybody that grew up reading horror stories. This is the part where I confess: I’ve never actually read Scary Stories to Tell in the Dark. I’ve been a horror fan since I was a young kid, and I would have been the perfect age to read them during the mid to late 80s and early 90s. I don’t know how I missed out, but I did. Even with that embarrassing fact against me, I was able to relate to the documentary, and I found much of it nostalgic to my childhood. 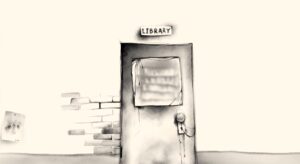 Not only do the animated sequences that take place in the school library feel like a spooky Halloween TV special, but they are some of the most pivotal scenes for the structure of the doc. It is in the library where Meirick introduces two of the most important sections and topics of the film: art and history/folklore. From there, both subjects are discussed in great depth and detail. Another recurring theme is that of book banning.

The Real Rarity: A Civil Discussion

The topic of banning books and the influence that horror fiction and dark artwork could have on children is discussed in length throughout the documentary’s running time. Cases are made for both sides of the debate. I like the fact that two key players handle a pivotal meeting in a civil and understanding manner.

From Challenged to Classics

After watching the Scary Stories documentary, the influence that the books have had on our culture is evident. The filmmakers interviewed numerous writers, artists, historians, librarians, and teachers, and they all make good points. As a writer, I found the information to be interesting, though provoking, and inspiring.

All in all, Scary Stories is a must-watch for anyone who has ever enjoyed reading spooky kids books, and I will be making it a point to pick up all three volumes before the feature film hits theaters this August.