DON’T BE AN OUTSIDER 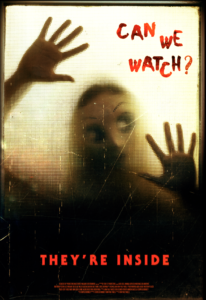 FOR IMMEDIATE RELEASE – Los Angeles, CA, May 28, 2019 – Coming July 16th to VOD and Blu-Ray from DREAD is the directorial debut of filmmaker John-Paul Panelli, THEY’RE INSIDE.

Monte Yazzie of Daily Dead called THEY’RE INSIDE “an insightful and unsettling perspective on the found footage genre,” and called “John-Paul Panelli is a filmmaker to watch out for.”