`If you’ve been here for awhile, you know I have a thing for serial killers. Hell, I even have a few favorites. Dahmer, Bundy, and Alcala  are interesting enough. They all provide a look at the darker part of the human psyche but it takes a little more than that to break my top five. Give me the stone-cold, fucked up, thrill-killers over those pretty boys any day of the week. As far as real-life human monsters go, you don’t get more cold blooded than Dennis Rader. You may know him better by another name: BTK. This name spells out his MO pretty succinctly: bind, torture, kill. 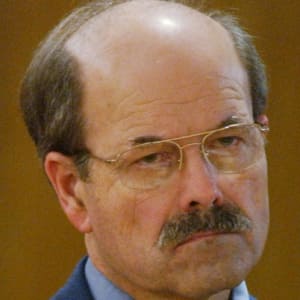 Before we get into the darkness that is BTK, I think we should take a few minutes to talk about the public face of the monster. As far as murderers go, BTK is pretty standard; my real fascination is with who he was when he wasn’t ending the lives of random victims.

Rader’s upbringing and early life didn’t give any clues that he would turn into a monster later in life. He was born in 1945 in Pittsburgh, Kansas. He and his three younger siblings grew up with their parents in Wichita, Kansas. Rader was a Boy Scout and at the age of 15 he saved a fellow Scout’s life on a canoe trip. He was confirmed in the Lutheran Church at an early age. Each event in his life was like a stepping stone to a successful, happy, and very normal life.

At the age of 21, Rader enlisted in the United States Air Force as a mechanic. He spent four years in active duty and then another two as a reservist. When Rader was discharged he had reached the rank of Sergeant. His military service included a deployment in the Vietnam War and further deployments in Turkey, Greece, Okinawa, and Korea. It is my assumption that his military service and the fact that his father was a US Marine led to his attention to detail in future positions.

Stickler for the Rules

After leaving the military, Rader went on to a handful of jobs. He worked in the meat department of the IGA supermarket where his mother was a bookkeeper for a few years. He left that job to work a Coleman factory for awhile before moving to ADT Security. He spent 14 years at ADT where he would sell and install security systems. In his tenure at ADT, he was known as the “Blue Book Man” for his adherence to and memory for rules and regulations. The irony here is that when BTK was active, Rader was selling a fearful public ADT systems to keep the BTK away. 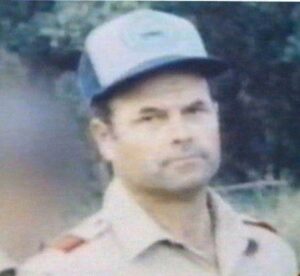 After leaving ADT, he was appointed to several local advisory boards. He was an animal control officer as well as a zoning officer and a compliance officer. His attention to rules and regulations only became more anal as he moved into this more official position. Some would say that Rader was strict. Some even called him overzealous. There are accusations that he needlessly tranquilized dogs, used his power to harass certain people, and was an all around pain in the ass. That is pretty much what you would expect from someone whose job revolved around enforcing city ordinances, though. Right?

Before finishing his time in the USAF Reserve, Rader would marry his wife Paula. They would be married for 34 years and have two children. The oldest of his children, Brian was born in the summer of 1975 and his youngest, Kerri would come into the world four years later. They were a happy family. He was known to be a loving father and devoted husband. In fact, his entire family was shocked upon his arrest. They had no idea who he was behind his mask. Upon his arrest, Paula was granted an emergency divorce.

A Pillar of the Community

Along with being a loving family man with a stable career, he was active in the community. Dennis Rader was a Cub Scout leader. He was also the president of the local Lutheran Church Council. From most reports, Rader was a kind man who did all that he could to provide for his family and give back to his community.

Bind Them. Torture Them. Kill Them.

BTK’s crimes were committed over a span of seventeen years, starting in January of 1974. The calculated cruelty of his murders struck fear into the hearts of those in the Wichita area. Like many other killers, BTK sent taunting letters and other correspondence to local law enforcement and news stations.

On the morning of January 15th, 1974 the Otero family came home to a nightmare. The parents Joseph (35) and Julie (34) as well as their children Joseph Junior (9) and Josephine (11) were all bound, tortured, and killed by Rader.

Three of the family members were found upstairs. Joseph, Julie, and Joseph Jr were bound at their wrists and ankles with gags in their mouths. The boy was bound, gagged, and had several cloth hoods covering his head and face. The cause of death for these members of the Otero Family was strangulation. The weapon was the cord from a Venetian blind. Josephine was found hanging from a water pipe in the basement, her feet only inches from the ground. She was partially nude.

Rader had cut the phone lines, broken into the Otero home, and waited for them to arrive. Once the family came home, he worked to separate, bind, and then kill each family member individually. The bodies were discovered that afternoon by Charlie Otero upon returning home from school.

In October of that year, journalists form the Wichita Eagle were directed to a book in a local library that contained a chilling note. This note was from the BTK, claiming responsibility for the murders of the Otero family. 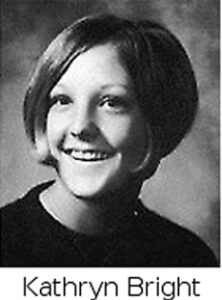 On April 4th of the same year, Kathryn Bright (20) and her brother Kevin (19) came home to an intruder in Kathryn’s home. BTK held Kevin at gunpoint and forced him to tie up his sister before taking him to another room. Kevin was then bound and gagged. BTK attempted to strangle Kevin but the younger man resisted and was shot. Assuming that Kevin was dead, Rader went into the other room to go to work on Kathryn.

Kevin, wounded and afraid, could hear his sister struggling from the other room. He broke free of his bonds and escaped. I assume he was hoping to get help. Later that night, Kathryn died from multiple stab wounds. The evidence of failed strangulation was present on her neck. 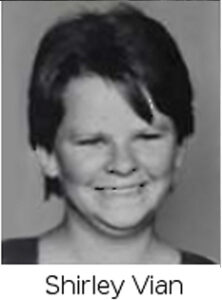 Almost three years later on March 17th, 1977, Shirley Vian (26) was found dead In her home. BTK had tied her wrists and ankles and placed a bag over her head. She died by strangulation, the cord was still wrapped around her neck when she was found. Vian’s three children were unharmed. It is speculated that a phone call spooked BTK and he left her house before he could move on to the children.

In January of 1978, BTK sent a letter to a local news station. The letter contained a poem about Shirley Vian.

There were four more confirmed BTK victims. They were random and seemed to be crimes of opportunity. In December of 1977, BTK phoned the murder of 25-year-old Nancy Fox to investigators in Wichita. In April of 1985, Mariane Hedge (54) was abducted from her home a few doors down form Rader’s home. Days later, her body was found in a roadside ditch. In September of 1986, Vicki Wegerle was found strangled in her home; her son was unharmed. His final victim,  62-year-old Delores Davis was found strangled to death under a bridge just blocks from her home.

Like many other serial killers, BTK wanted recognition for what he was doing. He sent several letters and packages announcing his victims, and even informed the local news of his body count at one point. Since this is such a common practice, we’re going to look at some of the more noteworthy communications from BTK.

On New Year’s Eve of 1987, three members of the Fager family were found bound and strangled in their home. Days later, Mary Fager received a letter from BTK. Instead of gloating over the kill, BTK informed the surviving Fager that he was not responsible for the murders of her family members. He did, however, admire the handiwork of whoever did kill them.

In April of 1979, Anna Williams received a letter from BTK that included one of her scarves. He had apparently stolen the scarf from her while waiting inside her home for her to arrive. Along with the scarf was a message that told her that she was lucky that she did not come home. He was waiting for her but for whatever reason he had to leave before his prey came home.

In May of 2004, BTK sent a letter to the Wichita Eagle taking responsibility for the murder of Vicki Wegerle. In the letter was a photocopy of her driver’s license and three photos of her corpse.

In February of 2005, BTK sent a manila envelope to the local news station. In this envelope were pieces of evidence and a computer disk. Through some kind of forensic computer magic, the disc was traced back to the church computer that he used to make it. He was arrested days later. 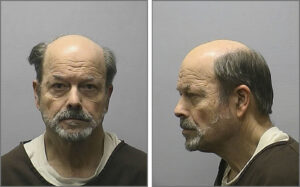 Rader as arrested while driving near his home in the early afternoon of February 5, 2005. When asked by Wichita police if he knew why he was being arrested, Rader answered that he “had some suspicions” as to what it was all about.

Dennis Rader stood in front of the court and gave a detailed account of each of his murders. From the Otero family to Delores Davis, he told the court the details of how he bound, tortured, and killed each of his victims. The most chilling part about the whole thing is how dispassionate he was about the whole thing. The man discussed almost two decades of terror and cold-blooded murder as if he were discussing particularly boring weather. I’m including his full confession below. You only need to hear a couple minutes of it to see what I’m talking about. It’s some really eerie shit.

After his confession,  Dennis Lynn Rader was sentenced to ten consecutive life sentences without the possibility of parole.

It was the private life of this loving family man and pillar of the community that drew me to his story. He is one of the most extreme examples of the fact that we all have our inner demons that no one sees. BTK ended at least ten lives and ruined many others. Dennis Rader was a family man who served his God, country, and family with all that he had.

As always, I have only scraped the surface of this incredibly dark case. There is still plenty more for you to look into if you want. Be prepared though, this true story is as dark as any fiction.