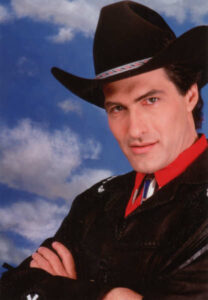 The Mutant King in his youth. This is what greatness looks like.

I’m not going to bother talking about the history, career, and provenance of Joe Bob Briggs. You all know him and you all love how much he loves trash, horror, exploitation, and the Three B’s. He and you all share a sick, twisted kinship that perpetually sucks you in to the black hole of sewer cinema that most decent folk don’t bother to acknowledge, let alone expose their dull, dry, Big Bang Theory-lovin’ eyebulbs to.  And by “Big Bang Theory” I don’t mean the thing that fucked itself out of nada to create the universe: stars-n-shit, galaxies-n-whatnot, and, sadly, the thing I was actually referring to: a TV show that has no idea what the fuck an actual geek/nerd/loser/fuckup is and makes me want to claw my scrotum out through my Coors Banquet-soaked gullet. Ahem. I’m not a fan of that particular program, but I reckon it’s okay if you are (it isn’t). But I fucking digress. 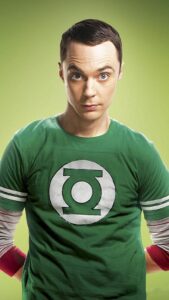 This is what cancer looks like…bafuckingzinga

A Gathering of Mutants…

We’re all fans of Joe Bob and his salty wit, taste in garbage flicks, and his goddamned rare honesty in a world filled with apologists and self-loathing Hoarders fans. He loves what he loves and he encourages the rest of us fat, drunk, underemployed ballsacks to be proud of the fact that we actually kinda like Basket Case, or Chopping Mall, or the Guinea Pig series (that last one might just be me) and not in an ironic, Williamsburg-I’m-into-cassettes-now sorta way. Joe Bob gives us space to love the things every respectful shitheel on Earth wouldn’t touch with a ten-meter cattle prod.

And he’s back. Well, back again.

We all devoured Joe Bob’s one-off marathons and dinners on Shudder last year, but as most of you oughta fuckin know by now, The Paul Revere of Putrid Peliculas is hosting a weekly double-feature on Shudder called The Last Drive-In. And in true MonsterVision fashion, it streams live and is constantly interrupted by his inimitable commentary and lovingly batshit rants about Lady God-only-knows. At this point he’s hosted two double-features which I will enumerate thusly:

First and foremost, Joe Bob is right.  C.H.U.D. is dogshit. We all love Daniel Stern and Michael Hurd (they were both in the Home Alone movies together, too), but those NYC auteur’s-turned-schlocksters just don’t get horror. Second, Castle Freak is Jeffrey Combs’s best performance and probably my favorite portrayal of a shitfaced loudmouth PERIOD. And the legendary dispute about the titular freak’s man-meat vis-a-vis its existence will live on. I concur with his assessment of both films and will gladly fight to the death (of Disco) anyone who thinks C.H.U.D. is some legendary monster movie that says something about toxic waste disposal and the Rockin’ Reagan 80s. To me, all it says is: “toxic waste will create horrible monsters that you will hardly ever see and the Nuclear Regulatory Commission is really interesting and NOT ONE SINGLE TIT.” And Castle Freak is just another instance of Stuart Gordon fucking nailing it like McDonald’s nailed the Arch Deluxe back in ’96, but with more dong-ripping. That said, Kim Greist, who plays John Hurd’s love interest in C.H.U.D., has been on my, uh, bench ever since that scene where she tries to fuck Billy Crystal on a playground in Throw Mamma From the Train.

Joe Bob’s rants include: the unfortunate lack of shower scenes in horror films and the even more infuriating removal of the swimsuit spectacle once an integral part of the Miss American Pageant. I’m with him 100% of the way on the former and as for bikinis in Miss America…the lack thereof is less concerning to me than the fact there isn’t a bare-knuckle boxing competition wherein the smartest, most eloquent, and most motivated girl clobbers the shit out of whatever bimbo wants to create world peace.

I’ve loved both of these flicks for a long time, but Joe Bob’s pick of Q: The Winged Serpent hit home hard because of the untimely death of its director, Larry Mother Fucking Cohen, who also directed The Stuff and It’s Alive. He was a goddamned genius writer and director and could do more with $50,000 than Michael Bay could with a billion. The Stuff is about as on-the-nose a commentary of consumerism as anything made by Polanski, Fincher, or Stone. Why do the Larry Cohens die and the Limbaughs of the world persist? Well, because there aren’t enough Aztec-obsessed winged serpent worshipers around these days and, therefore, no winged serpents to bite the pudgy mugs off the pointless bodies of the world’s ever-growing population of asshats.

As for Society I really can’t say too much: if you haven’t seen it and don’t know what “shunting” is then I’d rather be as mum as a cement mixer filled with tumbled Welsh grannies. Let’s just say that it involves, as Joe Bob delineates: fisticuffs, fistibutts, multiple aardvarking in multiple combinations, double incest-fu, and nekkid action figure brain impalement. Plus is stars Billy Warlock, who, if you don’t know (because you’ve been a few brain cells short of a Terry Schiavo since 1989) was a Baywatch mainstay and hunk extraordinaire with a bitchin name second only to John Matrix from Commando.

Joe Bob’s rants include: gluten — need I say more? And how Under Armour has taken a stand against employees using corporate credit cards to entertain guests at strip clubs — he puts on his feminism cap and explains why titty bars are about as feminist as it gets (with some caveats).

Wellsir, I hope to tackle the rest of this fine new revival of our beloved Bestie-in-B-Horror, but in the meantime, I’ll just cross my non-existent vas deferens that Joe Bob is allowed to spread his gooey wings and inspire a new generation of deviants to love what they love, no matter how many tentacles, tongues, boobs, wangs, or double-butts it has.