The upcoming zombie comedy, Shed of the Dead, is a mish-mash of various genres, ideas, style, and tone. Imagine a mix of buddy movie, raunchy sex comedy, gross out horror, and heroic fantasy, and you’ll have an idea of what to expect. I recently watched an advance screener. Read on for my thoughts.

Trevor spends most of his time in a small garden shed hanging out with his best friend, playing fantasy board games, distilling liquor, and trying to avoid his nagging wife. A fellow tenant petitions to have Trevor removed from the plot, and, during a heated argument, the tenant winds up dead. Not knowing what to do, Trevor decides to take the matter into his own hands by dismembering and burying the body. From there, Trevor’s problems increase as the zombie apocalypse draws near. 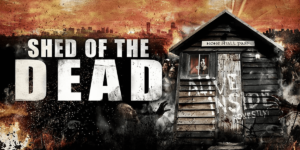 Director Drew Cullingham wrote the screenplay and displays a strong ability to weave the story in and out of comedy and horror. The plot and story move forward at a good pace, and, for the most part, the characters and their relationships are well drawn. I admire a writer who is able to take so many ideas, cram them all into a relatively short running time, and have a final product that works as well as this does.

The Cast and Characters

Shed of the Dead stars Spencer Brown, Lauren Socha, Ewen MacIntosh, Emily Booth, and a few horror regulars—Kane Hodder, Michael Berryman, and Bill Moseley. The cast does a decent enough job with the material they have been given. Spencer Brown is likeable as the protagonist. I enjoyed watching the disconnect between Trevor and his wife, Bobbi, played by Lauren Socha. The best friends, Harriet and Graham, played by Emily Booth and Ewen MacIntosh, respectively, seem to be primarily used as comedic relief. The chemistry between Trevor and best bud Graham is great, but I didn’t find the friendship between Bobbi and Harriet to be believable. The roles of Kane Hodder, Michael Berryman, and Bill Mosely are a little more than the brief cameos that I expected, and each of them are entertaining to watch. 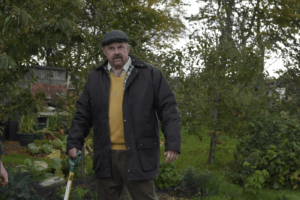 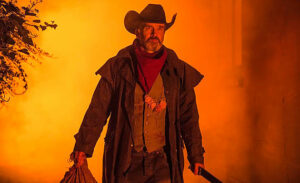 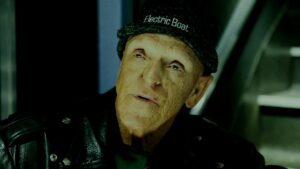 As I mentioned earlier, Drew Cunningham wrote and directed Shed of the Dead. Just as the screenplay has elements of various genres, so does the direction. This is another strong point for Cunningham. Jumping style and tone is no easy feat and could easily wind up being disjointed, but Cunningham’s direction follows the beats of the screenplay perfectly. The movie is put together in a way that nothing feels out of place. Each of the set pieces—the relationship comedy, the fantasy world, the zombie horror scenes, etc—have their own unique style and tone, and, somehow, Cunningham pulls it off. 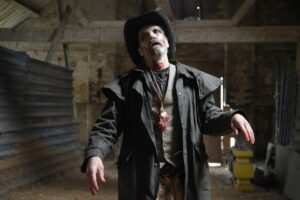 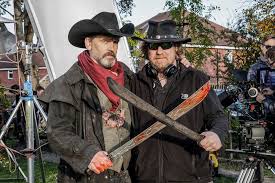 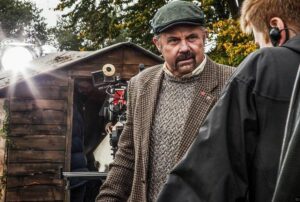 Shed of the Dead is a fun movie that blends various genres. A lot of the elements are nothing but genre tropes, but, under Cunningham’s writing and direction, it works as a whole. I particularly liked the setting of the garden and the garden shed, both of which made for some great cinematography. The zombie scenes that take place in the garden provide a nice visual contrast between beauty and horror. Fans of gore have plenty to like here as well. While never reaching the outrageous heights of Dead Alive, Shed of the Dead does offer up plenty of blood. The movie is never scary, so if that is what you’re looking for, stay away. Overall, the cast does a good job. Particularly notable is Spencer Brown who turns the protagonist, Trevor, into a likeable character. I also enjoyed the chemistry and relationship arc of Trevor and his wife. Even though I never felt fully invested in the characters or story, in the end, Shed of the Dead is a fun and entertaining mix worth checking out.