Scary Stories A Documentary gets a digital release on May 7th and a DVD release July 16th!

This is very exciting news! I backed this project on Indiegogo and have been looking forward to seeing this documentary for some time. I have all 3 books and even got my kids into reading them. May 7th won’t come soon enough!

“This intriguing documentary will explore the history and background of one of the most controversial works of modern children’s literature: Scary Stories to Tell in the Dark. In the 1980s and 1990s in elementary libraries across the United States these books developed a growing interest from boys and girls who were taken in by the gothic tales, the whimsical tone, and the ghostly illustrations. Now the Scary Stories book series stands as the most challenged children’s book of the last 30 years and a testament to the power of something that is often taken for granted: a good scary story.” 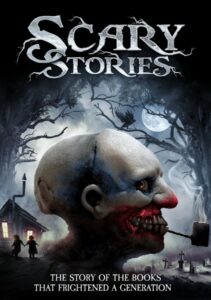