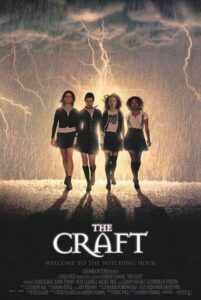 Y’all remember The Craft, right? I loved that movie as a kid and probably watched it somewhere in the neighborhood of a million times over the years. Well, that great piece of 90s nostalgia is being remade.

I’ve said it before and I’ll say it again. I don’t hate remakes just for existing. If I hate a remake I hate it for a reason. There are a ton of good remakes out there. John Carpenter’s The Thing is a remake, for fuck’s sake. The remake of Evil Dead was dope as hell and you can’t convince me otherwise.

Honestly, go into just about any remake open-minded. You never know when something is going ot be great. You miss out on a whole hell of a lot when you wall yourself off for whatever reason.

This Remake on the other Hand…

This film has been in development hell for a while now. Sony was trying to get this thing cracking back in 2015 but they just couldn’t get it going. Ir was recently announced that Blumhouse will step in and take the project over. They’ve attached a writer/director to the project and even have to original producer on board. 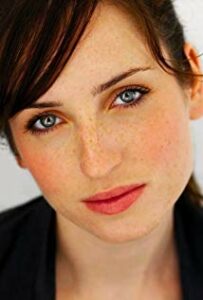 I can’t say much for the writer/director Zoe Lister-Jones, I have never seen any of her work. She’s a prolific actress with a few directorial credits. Honestly, I think that the film needs a young female voice and she brings that to the table.

The original movie was written and directed by dudes and it was awesome. I think that a woman’s touch on the writing and direction will possibly add another dimension to it that may not have been there in the beginning.

Basically, what I’m saying is that if this movie ends up flopping or being a big ol’ steaming pile of dog vomit, I wouldn’t blame Lister-Jones in the least. I would blame Blumhouse.

You may not know it but Blumhouse is responsible for one of the worst damned remakes I have ever seen. You wouldn’t know that unless you watched the movie, though. Why is that? Because Blumhouse never promotes the movie. It never shows up anywhere. If you watch the movie, though, the logo is there. It’s a Blumhouse Production.

The movie I’m talking about? The 2015 remake of the French Extremity powerhouse Martyrs. That movie fucking sucked. It would have been a mediocre movie at best had it not been a remake of a great film. The fact that it shit on the depth of a great movie made that remake a big ol’ pile of dog vomit. 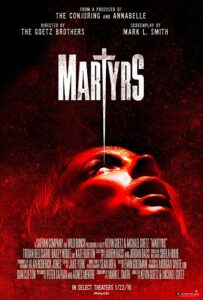 Your movie is bad and you should feel bad.

Now Hear Me Out…

I’m not saying that just because they made one shitty remake of a good film that they’ll fuck up every remake they ever do. I mean, I believe that wholeheartedly but that’s not the argument I’m making here.

I’m sure this kind of thing is pretty commonplace but the story on this film and that retched horrible ass stain of a remake are eerily similar. When they picked up the rights for Martyrs, it had been in development hell at another larger studio. It had a (fucking abysmally horrible) team attached to it but it didn’t move forward due to budget issues or whatever.

This film was in development hell over at Sony with a  creative team in place. The film was going nowhere for whatever reason. Then, in comes Blumhouse with a new creative team and a contract and bam, the wheels start turning.

Now I’ll admit that while it was a good film and I still love it, The Craft had nowhere the amount of emotional depth or things that would be unpalatable to your average theater-going audience as Martyrs. The cultural hurdle isn’t really there for this remake to jump.

Maybe it’s a coincidence. Hell, like I said, it could be a common practice. I don’t know I watch movies and talk about them. I generally ignore the ins and outs of the business side of things. I’d rather stick to the ins and outs on the screen. Knives. I’m talking about knives. Maybe, though, just maybe this is history repeating itself and we are about to be served a shit sandwich with a nostalgic wrapper. Only time will tell.

All in all, though…

Do I expect this remake to suck? Maybe. I hope it’s a great film and that it introduces a new generation of folks to the magic of the original. Hell, bring on the resurgence of the goth culture and witchcraft. I’m here for it.

I don’t have high hopes though. Given Blumhouse’s history of remakes, I don’t expect to be willing to pay to see it. I guess I’ll have to make that decision when the trailer drops.

I do, however, vote that if this movie sucks Blumhouse’s rights to remake anything else are revoked until further notice.