Ted Bundy hasn’t had this much publicity since his murder spree in the 1970’s. The internet has been abuzz since Netflix dropped a four part documentary Conversations with a Killer; The Ted Bundy Tapes on Thursday, the 30th anniversary of his execution in Florida. The series heavily features actual recorded interviews with the monstrous serial rapist and murder. Honestly they are less interviews and more self-indulgent monologues. The monologues are very chilling. 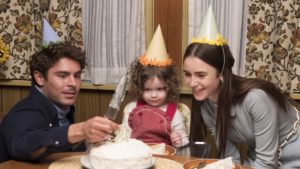 I’ve read the accounts of his horrific crimes in harsh detail so many times. I’ve been interested in true crime and serial killers since I was young and it takes a lot to shake me, but hearing Bundy talk about himself actually gave me the shivers. He is stone cold and completely confident. The director does an amazing job of capturing the darkness that this man had inside himself. If you have no frame of reference for Ted Bundy, think Dennis Reynolds from It’s Always Sunny In Philadelphia, but more charming and way more evil. 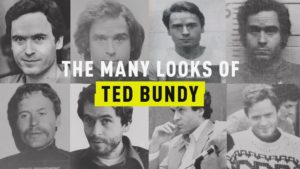 The documentary dropped just ahead of the trailer for the upcoming film starring Zac Efron. Up until now we have only had photos of the former teen heart throb transformed into a 1970’s ladykiller. The trailer mixed with the Netflix series shows just how perfect Zac Efron is for this portrayal. The film premiers at Sundance Film Festival on Saturday 1/26, and I personally can’t wait for it to show in theaters around Tennessee. The film has one of my favorite names of all time. The title is a direct quote from the judge who sentenced Bundy to death. It is his description of Bundy’s crimes.

I would give this documentary a 4.5 out of 5. I highly recommend it if you’re a true crime fan looking for something to binge or just need a quick refresher before the film comes out.