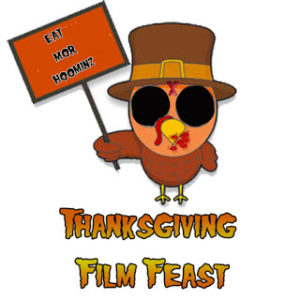 It’s that time of year again. Halloween has passed, and we are trading in our pumpkins for pumpkin pies. If you’re like me, I tend to associate horror and scares with the month of October, but to be honest, spooks and goblins don’t scare me nearly as much as the one looming monster that emerges from it’s dark cave during the month of November.
Thanksgiving Dinner.
Thanksgiving dinner, is positively terrifying to me so I have decided to compile a list of what I feel are some dinner table and food based films that will help carry you through the holiday. This list may contain spoilers so pace yourself and don’t ruin your appetite.

Raw (2016)
Raw is a French film about Justine, a young veterinary student who is forced to participate in a hazing ritual by her fellow veterinary students. They force her to eat raw rabbit kidney even though she protests and tells them she is a vegetarian. The raw meat begins to change her, and Justine begins to crave meat. Raw meat. Her new found hunger begins to lead her down a dark path.

Would You Rather(2012)
Iris is being buried by the cost of her brothers cancer treatment. When an eccentric philanthropist offers her a deal to pay for the entire treatment and find her brother a bone marrow donor, the offer is too good to pass up. Iris soon realizes all good deals come with a catch. She must attend a dinner party and participate in a tortuous game of Would You Rather? The more intense the challenge, the higher the amount they walk away with, if they can walk at all. 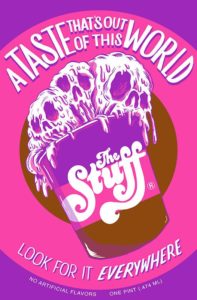 The Stuff (1985)
The Stuff is a creamy sweet treat that has no artificial flavors and no calories. This tasty dessert quickly becomes a staple in every American household, but are you eating it? Or is it eating you? Larry Cohen didn’t just create a food based creature feature, he also created a social commentary about consumerism, and let’s face it, Thanksgiving and Black Friday are synonymous with gluttonous consumerism. Enough is never enough.

The Invitation(2015)
The only thing worse than an awkward dinner party, is an awkward dinner hosted by your friends who have recently join a high profile fanatical cult. Director Karyn Kusama delivers some of her greatest work in this film. It’s a slow burn, but if you can hold out for the dessert course, you’ll be pleasantly surprised. 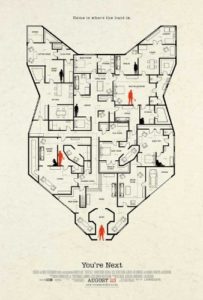 You’re Next(2011)
Erin is nervous about meeting her boyfriend’s family for the first time, but the nerves are soon replaced with terror when a group of masked killers interrupt their dinner. You’re Next is a blood fest. A perfect watch for Thanksgiving. It gave me a few ideas about how to silence those annoying family members with cooking tools turned murder weapons.

The Greasy Strangler (2016)
Do you need to cut greasy foods from your diet? The Greasy Strangler is the weight loss fad for you. It will stop you from every wanting to put food in your mouth again. It is weird, and disgusting. I can’t even begin to describe this film, but it ticks all the boxes for a disturbing family dynamics and food based horror. I beg you not to watch this movie, but I secretly hope you’ll be intrigued enough to try.
This list is just the beginning. What are your must watch horror films for the Thanksgiving holiday?