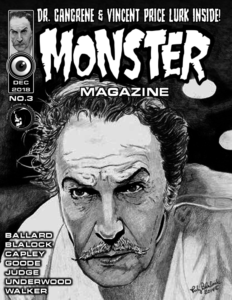 If you’ve ever performed any kind of internet marketing or search engine optimization (SEO), you have no doubt heard and attempted to implement the mantra coined by Bill Gates in 1996: Content Is King. What the Microsoft co-founder meant by that is that content would drive the internet and thus become responsible for the bulk of its revenue. His pronouncement more than 20 years ago signaled his acknowledgment of the beginnings of the “anyone can publish anything anywhere” era, otherwise known as the Information Age.

However, there is a problem with associating the content is king mantra exclusively with the digital revolution, because it doesn’t apply only to the digital revolution. It applies to publishing in general. People bought newspapers and magazines based on headlines that advertised content, not because the local factory outlet was having a 30-percent off sale on winter coats. People tuned in to sitcoms on television because they wanted to laugh at the antics of familiar characters, not because they might see a 30-second spot for McDonald’s. There are exceptions of course: the old-school annual Sears Wishbook and the Super Bowl. But for the most part, people picked up material to read for its content.

In Monster Magazine No. 3, Vance Capley and crew have managed to pack 24 magazine pages with content royalty, including some new features that I hope will find a regular home in future issues. Monster Magazine is a throwback horror fan magazine that celebrates classic horror movies and icons. The issue begins with an interview with Dr. Gangrene, a Middle Tennessee-based horror host in the classic style of television horror hosts. Larry Underwood, who developed the Dr. Gangrene character, explains in the interview how the character came to be and why horror hosts are important to the fandom.

Next up is a profile of horror artist Rob E. Brown and a review of 15th Full Moon Tattoo and Horror Convention, which took place in Nashville in October of 2018. That review ends with a promise of more convention-related reviews, including an upcoming review of Louisville Supercon. I hope that these types of reviews continue in future issues of the magazine. As a convention-goer, I’m always on the lookout for new experiences, especially if they’re connected to the horror fandom.

The convention review is followed by a retrospective about comic series based on the original horror soap opera Dark Shadows. That is immediately followed by the two main features of this issue: a review of the Roger Corman/Vincent Price adaptation of Edgar Allan Poe’s The Pit and the Pendulum, and a new Capley-created comic titled Skyphantom SR-71.

Because the articles are short and many of the magazine’s pages are art, Monster Magazine is typically a quick read. As the issue numbers continue to mount, my primary criticism is a lack of proofreading throughout the publication. If content is king, then quality content with polish is deity. The typos in this issue of the magazine are significant enough to draw attention to themselves, which pulls the reader out of the author’s intended experience. I also recommend studying the ways in which professional journalists conduct interviews with entertainment personalities. The interview with Dr. Gangrene is good, but the questions feel a bit generic. A little research into the personality of the individual being interviewed might prompt some out-of-the-box questions that result in some more entertaining answers.