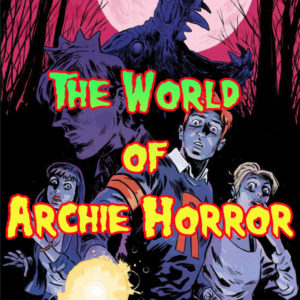 Chilling Adventures of Sabrina was released on Friday, and in light of that (or should I say dark?), I wanted to put up a reading list of the comics available in Archie Horror, for everyone who just can’t wait to get more of the darkness from the towns of Greendale and Riverdale.
Archie Horror is an imprint of Archie Comics, which was created in 2015. Afterlife with Archie and Chilling Adventures of Sabrina had been being printed under the main title of Archie Comics, but considering their success, and the ideas of more horror themed series’, Chief Creative Officer of Archie Comics, Roberto Aguerre-Sacasa, green-lit the creation of the terror centric imprint, Archie Horror.
Currently in Publication 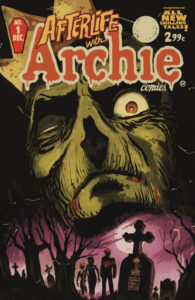 Afterlife with Archie
In addition to his role as the CCO, Aguerre-Sacasa is also the showrunner and producer of both Riverdale and Chilling Adventures of Sabrina and the writer of many of the Archie comics, including Afterlife with Archie, the first of the horror comics published. This series starts with Jughead’s beloved dog, Hot Dog, being hit by a car, and inadvertently starting the zombie apocalypse when Jughead seeks his friend Sabrina Spellman’s help in bringing Hot Dog back from the dead. There are ten issues of this series, with the long awaited number 11 coming out on December 26th of this year. 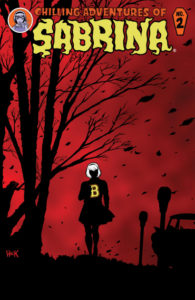 Chilling Adventures of Sabrina
The comics that inspired the new Netflix series of the same name, Chilling Adventures of Sabrina centers on Sabrina Spellman’s teenage years during the 1960s, which is alluded to in the adaptation even though the year of the tv series is not explicitly stated. The story line presented in the comic books is similar to that of the tv show, but still different enough that you can enjoy both separately. 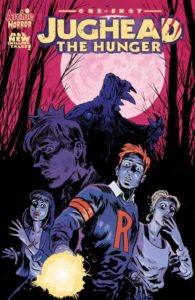 Jughead: The Hunger
Jughead: The Hunger began as a one-shot comic but was greenlit to be a new series. With nine published issues and more on the way, this series is about Jughead Jones III finding out about the history of lycanthropy in his family, which more than explains the ginormous appetite Jughead has always had, as well as the revelation that along with Jughead’s lone line of werewolf blood, Betty Cooper comes from a family of werewolf hunters, and thus their relationship is suddenly very tense, since Betty is now trying to kill one of her lifelong best friends. 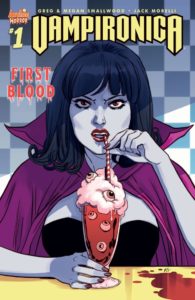 Vampironica
The newest of Archie Horror comics, issue number 4 of Vampironica was released last week, keeping us updated on story of how Riverdale’s resident rich girl got bit by a centuries old vampire and transformed into a blood sucker herself. As this series is still the newest, the storyline has yet to be fully developed, but it’s clear to say that this comic has definite potential in the world of horror, even just from the little bit that’s been published.
Upcoming 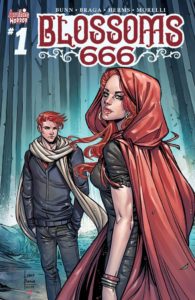 Blossoms 666
Set to come out next year, Blossoms 666 focuses on the creepy twins of Riverdale who have a dark secret: one of them is the Antichrist. There’s just one issue—they don’t know which is which, and they both want the title. As this story isn’t out yet, there’s not much I can tell you, aside from the fact that I’m very excited for it, and it will run for 5 issues starting in January 2019. 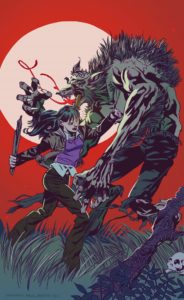 Jughead: The Hunger vs Vampironica
Jughead: The Hunger vs Vampironica is also expected in 2019, though it’s not clear when in 2019 it will be hitting shelves. This series is obviously a crossover between the two titular series’, which should be interesting to see, as The Hungertakes place in a strictly lycanthropic world with no vampires, and Vampironica takes place in a mirror reality where there are vampires but no werewolves.
What horror-themed Archie comic would you be interested in reading? Personally, I want a series with Betty, Veronica, Cheryl, and Josie all forming a coven with Sabrina. The idea invokes an image in my mind of the five girls, each standing at one point of a pentacle; I’d love to see that, and what could be done with the concept. If you’re a fan of horror who likes comics, or you’re wanting to get into comics and don’t know where to start, than the horror take on the American classic is a great way to go, if you ask me!