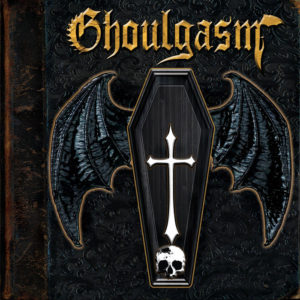 Now I don’t know about you, but I absolutely adore lo-fi Bandcamp/Soundcloud style music. Maybe it’s not the best technical quality, but it is the best emotional quality, because its written, performed, and produced with no intention of making money, because, face it, we all know musicians, artists, and writers (ahem) never make any fuckin’ money.
Tennessee may be home to country music, but underneath that, there’s a brewing scene for many alternative artists, including Johnson City representatives, Ghoulgasm, self-branded as “bloody horror rock from the hills of east TN.” They released their first EP on their Bandcamp at the beginning of August. All five songs on the EP are solid, but I’m just going to highlight on my favorites.
Sicario Probably the catchiest of the five songs released, Sicario is a fast-paced ballad that tells the story of a hitman, also known as a sicario. The imagery of the lyrics evokes a mental horror film of a cold-blooded western killer entering a town at night, slashing throats, and leaving before the sun is even up. Honestly, I’d be lying if I said this song hadn’t been stuck in my head all damn day.
If I Was A Cannibal This is my favorite song on the album, because it’s a macabre, twisted ode to one’s love. Similar to Yeti’s sentiment on Twin Temple’s song Let’s Hang Together, “‘If you die, I’ll die gladly. Just please don’t hang us separately,’ if that ain’t true love boiled down to its purest I don’t know what is,” the lines “If I was a cannibal, you’d be my favorite treat,” evoke a similar feeling of Gomez and Morticia style love.
Voodoo Lady Voodoo Lady is similar to Sicario in that it’s a story-like song, only it focuses on a witch rather than a hitman. I think one of the reasons I like this song so much is that the description of the voodoo lady really resonates with me as the local weirdo from my hometown, with her “long black veil” and habits of being “down at the cemetery, she’s so crazy, talking to the dead.”
Good quality local bands are few and far between these days, but horns up for these guys and their killer vocals, lyrics, and music. Big shout out to them for helping to keep Tennessee creepy. You can stream this release on their Bandcamp or Apple Music, and keep up with the band themselves on their Facebook and Instagram.